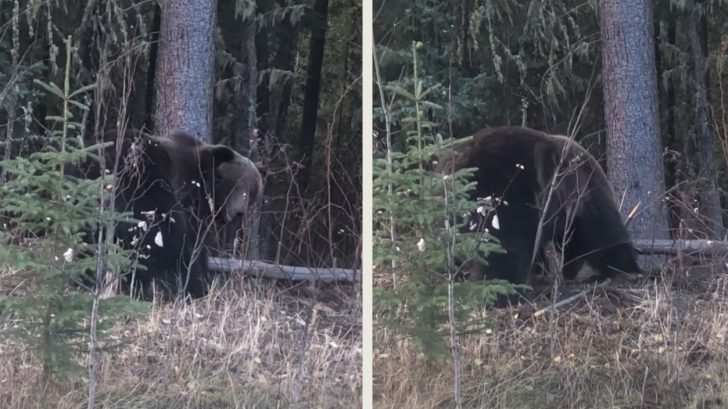 YouTuber Logan Hunter said he was out hunting with his father one day when he drove up on a grizzly bear digging up a black bear den that had a sow and three bear cubs in it.

Logan said he was about 40 minutes outside of Whitecourt, Alberta, Canada when he heard the noise of the bears and spotted the grizzly standing on the side of a dirt road way back in the woodlands.

The hunter got his camera out to record as he pulled up in his vehicle only to find the grizzly digging the roof off of the bear den that had the black bear sow and three cubs cornered inside of it.

The roughly seven-minute video showed the grizzly bear digging and scooping out dirt with its massive strong paws for at least six minutes straight until one of the baby bears ran out of the den. 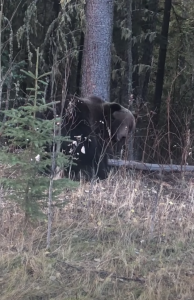 The grizzly bear chased the bear cub down and instantly started attacking it. You can hear it screaming in the distance as it dealt with the oversized apex predator.

The third bear cub followed its sibling that was running after its mother and the two cubs and sow were able to get away due to all the grizzly bear’s attention being on the caught first cub.

“The grizzly got the one cub but the sow and other two cubs made it away. Craziest thing to watch from less the ten yards away sitting in the truck,” Logan wrote in the desciption of the video.

Watch Footage Of Grizzly Digging Up Black Bear Den Below