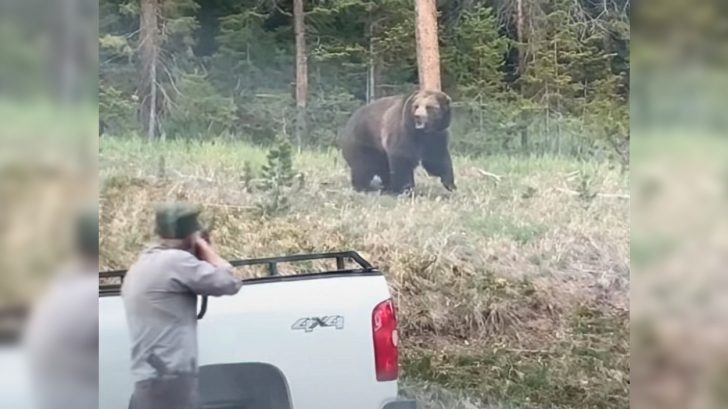 A video surfaced of a large grizzly bear charging at a Yellowstone National Park ranger who was attempting to keep it from visitors passing by in cars.

The video was shared on Youtube by Jaw Dawg who appears to have been there and filmed it. The footage was taken from inside his vehicle stopped on the side of the road. They along with others were watching the fascinating interaction between the ranger and the bear.

The bear was emerging from the forest and trying to get to another female bear on the other side of the road, according to park rangers. However, with the heavy holiday traffic, too many people began to gather around it in their vehicles so a park ranger pulled up, hopped out, and began to try to scare it away. 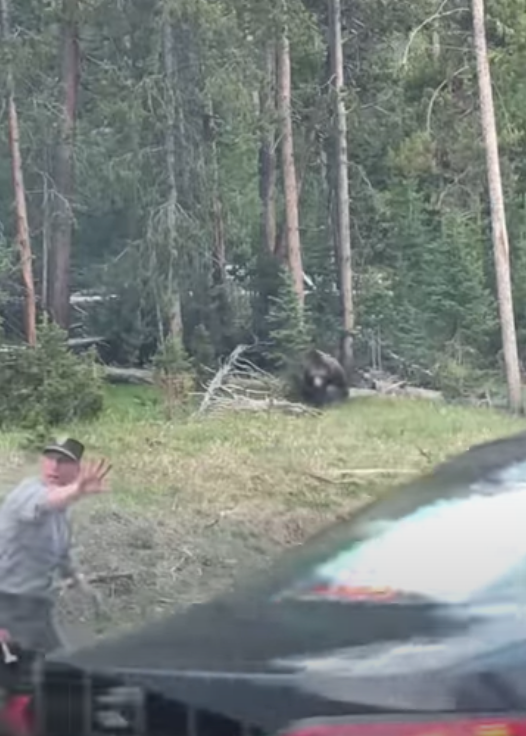 He held up his hand trying to stop cars. Looking away for just a brief moment, the bear tore off into a sprint towards him. He turned his head to see the bear at full sprint and quickly stepped behind his truck for protection.

The ranger shot off what looked like a non-lethal rubber bullet at the bear. The bear instantly turned around and took off running back into the forest. The ranger let off a few more shots and loud fireworks to scare it even further. Fortunately, no one was hurt during the incident, including the bear.

Video Of Ranger Vs Bear Below