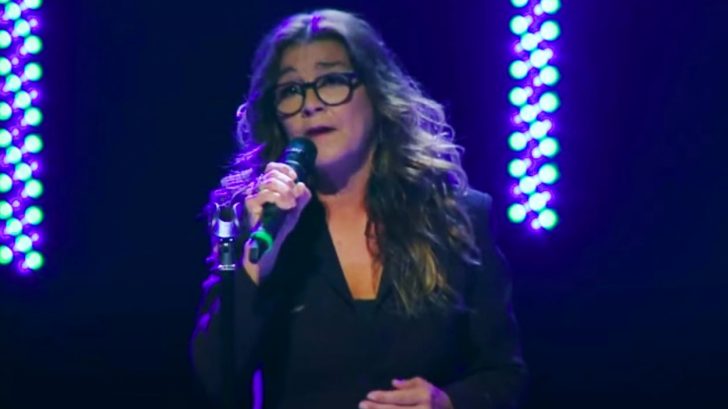 On July 6, 2020, the country music community was rocked to its core when news broke that Charlie Daniels had unexpectedly passed away. He was 83 years old.

Social media tributes to the Country Music Hall of Famer and Grand Ole Opry member came pouring in from his fellow artists. One of the most emotional posts came from Gretchen Wilson, who was a longtime friend of Daniels’ and viewed him as a mentor.

“I never met a better man than Charlie Daniels,” Gretchen wrote in her tribute. “He was so inspiring in so many ways. May he Rest In Peace along side his Creator and continue to inspire!”

Since Wilson and Daniels shared such a close bond, she was one of several artists who delivered a performance in Daniels’ honor during his funeral service on July 10.

Before singing, Wilson briefly spoke about how much Daniels meant to her. She explained how he was the first person to welcome her to Tennessee, and how he continued to be her champion throughout the rest of his life.

After speaking, Wilson started to sing the hymn “I’ll Fly Away.” She was backed by a single acoustic guitar player.

Wilson’s performance was tender, yet powerful. You could hear the pain in her voice as she sang and could read the emotion on her face. Her performance made it clear just how much Daniels meant to her, and how much she’ll miss him.

Tune in to the video below to watch Wilson honor Daniels with “I’ll Fly Away.” She starts speaking around the 1:30:30 mark and her performance immediately follows.

May Daniels rest in peace.