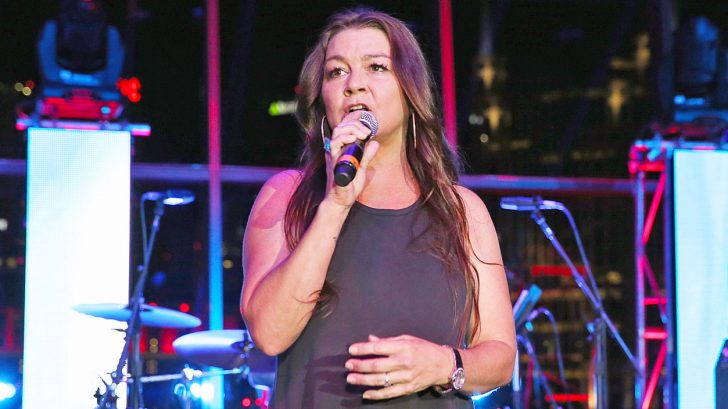 Most people know Gretchen Wilson as the feisty vocalist behind the girl power anthem, “Redneck Woman.” That’s understandable, since the song topped the Hot Country Songs chart and climbed to the 22nd spot on the Billboard Hot 100.

It even led to Wilson being awarded a Grammy for Best Female Country Vocal Performance in 2005.

While the general public recognizes Wilson first and foremost as the “Redneck Woman,” country fans know her a bit better. Because of this, they know just how talented she is as a vocalist.

You see, while many of Wilson’s songs certainly showcase the gritty, rock-like vocals that she displays in “Redneck Woman,” she has a soft side as well.

This can best be seen in her Top Ten hit “When I Think About Cheatin’.” Wilson’s approach to the song has a gentle sense of power to it, and allows her to showcase her impressive range.

Even though we already knew that Wilson sings in softer tones, even we were stunned to hear her subdued rendition of the Cheap Trick classic, “I Want You to Want Me.” The rock group released their recording of the song in 1977, and listeners were instantly hooked.

Today, there are more covers out there of “I Want You to Want Me” than we could ever begin to count.

Some take on the fun, peppy approach Cheap Trick displayed in their original. Others give it a harder rock and roll edge. Others still go for a sweeter, romantic approach.

It was the latter type of tone that we never expected Wilson to go for when she covered the song for her 2013 album, Under the Covers.

Interestingly, Wilson’s rendition of “I Want You to Want Me” mixes hard-rockin’ guitars with a surprisingly tender vocal performance. We do get the chance to hear some of her signature grit in the chorus, but other than a few notes here and there, she keeps things fairly sweet and smooth.

You can go ahead and listen to Wilson sing “I Want You to Want Me” in the clip below. Her performance goes to show how versatile she is as an artist!