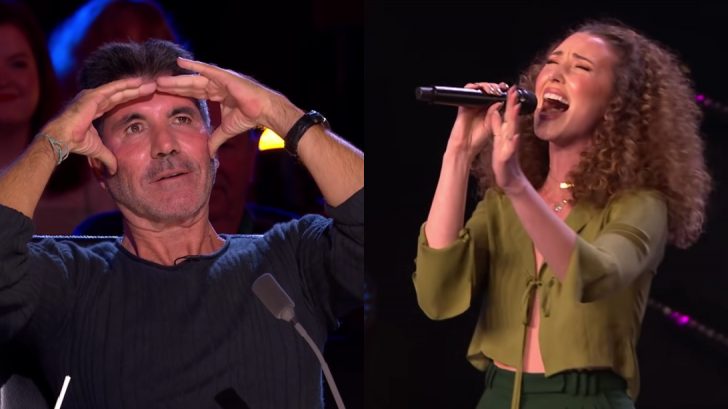 Fans are raising eyebrows after a singer who has already achieved marked success was awarded a Golden Buzzer during the latest episode of Britain’s Got Talent.

Loren Allred, who provided the singing voice of Jenny Lind on the movie hit The Greatest Showman, appeared on Britain’s Got Talent Sunday where she performed “Never Enough” from the movie soundtrack.

“I think some of you have actually heard my voice but you don’t know my face,” Allred told the judges during her introduction. “I sang the song ‘Never Enough’ on The Greatest Showman. I was hired to do the reference vocals for the actresses so they could learn the songs. So they had me come in and sing ‘Never Enough.’ And it really was Rebecca Ferguson who plays Jenny Lind who said ‘I think Loren should sing the song and I’ll just lip sync.'”

The judging panel was clearly shocked to meet the voice behind one of the biggest movie soundtrack hits ever. Simon Cowell asked the question everyone watching was wondering. “Why didn’t you get the big deal after that song?”

Allred responded that she was more comfortable at the time being behind-the-scenes, but feels like “Never Enough” was meant for her and she is ready to “put a face to the song.”

As Allred began to sing, the judges and audience were entranced by her voice and performance. The crowd rose to its feet as her song concluded and the judges followed suit with judge Amanda Holden pushing the Golden Buzzer, sending Loren through to the live shows.

Simon Cowell said, “For you to kind of reveal yourself to the world, it was actually one of the most incredible audition moments I have ever experienced. I’m speechless.”

While Loren Allred’s Britain’s Got Talent performance was easily one of the most incredible we’ve seen, some fans of the show took issue with her being allowed on the show due to her prior success. “Never Enough” has racked up more than 430 million streams on Spotify and the movie soundtrack topped iTunes charts in nearly 80 countries following its release. In addition, viewers wondered how a successful American artist was allowed to compete on a British amateur talent competition.

Loren Allred may have found her biggest success thus far on The Greatest Showman, but we’ve seen and heard her on tv before. In 2012, Loren competed on The Voice as a member of Adam Levine’s team, but was eliminated during the live Playoff round.

Hear Loren Allred sing “Never Enough” on Britain’s Got Talent in the video below.