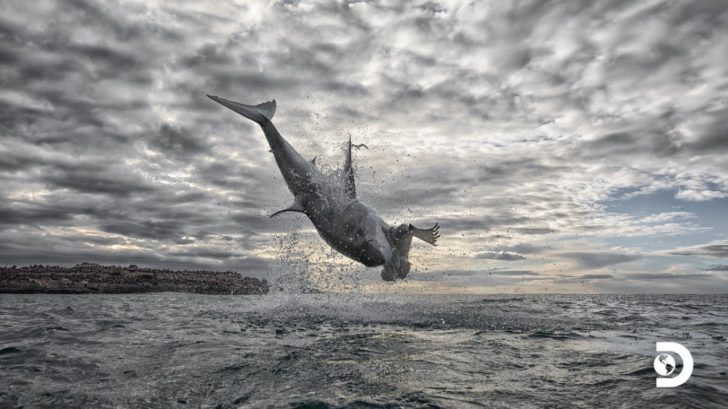 Shark Week is a week-long special on the Discovery Channel that delivers one of the most exciting sea life content on television. This year’s Shark Week celebrates the 20th anniversary of “Air Jaws.”

The TV show was recorded on Seal Island in South Africa and is about experts competing to deliver the best footage of sharks breaching the surface of the water. Several methods are used by experts to capture these moments: drone technology, tow cameras, night vision cameras and more.

However, the pictures Chris Fallows was able to capture using his tow camera shows a great white shark flying 15 feet into the air and breaks the record for the Ultimate Air Jaws breach.

The winner of the Air Jaws: Ultimate Breach Off! #SharkWeek ? pic.twitter.com/8xeBb88zHM

The great white was a 15-foot male easily identifiable by its two reproductive organs in its underside. Fans who watched the Sunday documentary shared their emotions on how wonderful these shark breaches are on Twitter.

“#airjaws could never be boring. I’m amazed with every single breach.” wrote one of the fans on Twitter.

Air Jaws has been a highly watched show on Shark Week since 2001. Director Jeff Kurr explained to TV Insider that Chris’ “unbelievable breaches” are “probably the best he’s ever filmed.”