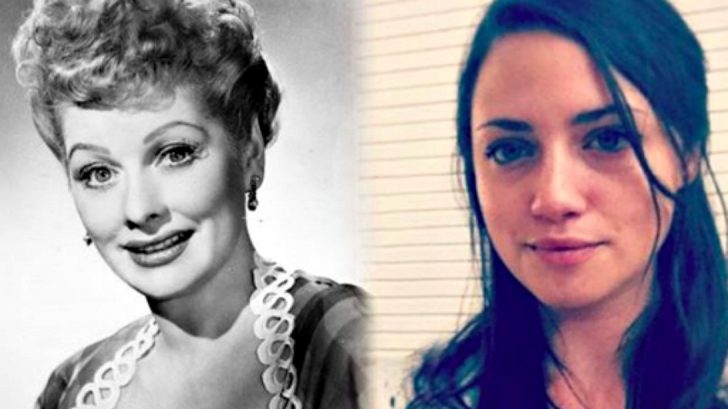 Desiree S. Anzalone, the only great-granddaughter of I Love Lucy stars Lucille Ball and Desi Arnaz has died following a brave battle with breast cancer. She was 31.

Anzalone’s maternal grandfather was Lucy and Desi’s only son, Desi Arnaz Jr. She was first diagnosed with stage 2 breast cancer at the age of 25. She underwent a double mastectomy and chemotherapy which put her into remission for a brief time. Her cancer returned two years ago as stage 4 and had spread to her liver, lungs and bones. She passed away September 27 at Smilow Cancer Center in Connecticut, PEOPLE confirms.

Desiree’s mother, Julia, spoke to PEOPLE following her death, saying that she died peacefully, but “watching her slip away was just, I wouldn’t wish it on my worst enemy. No mother should have to watch that.”

Prior to her death Desiree was receiving hormonal chemotherapy. Julia said that her daughter wanted to bring awareness to breast cancer diagnosis in younger women. “[She wanted] to give awareness for young girls her age because this does happen. It’s rare, but it does happen. And Desiree wanted to put awareness out for if you feel anything, just because you’re a certain age doesn’t mean that it can’t happen to somebody.”

“It’s just not talked about a lot. It’s usually people in their late 30s, 40s, 50s…not somebody at this age,” Julia says. “So that was something that she really wanted…to help other women like her. A preventative, really.”

A photographer, model and a singer, Desiree spoke out about her cancer fight in 2019 and shared that her famous great-grandmother would have been proud of her.

“Such a nice article wrote about me, and how Lucy and I share the same gumption in regards to my fight with stage 4 breast cancer and how proud she’d be of me,” said Desiree referencing an Epoch Times article that said Desiree was “all grown up and looks just like” her famous grandma.

Such a nice article wrote about me, and how Lucy and I share the same gumption in regards to my fight with stage 4 breast cancer and how proud she’d be of me, however the outrage from 3,000 comments of people literally yelling through my phone outweighed the beautiful story the author wrote. Everyone only focused on the superficial outward appearance of us and about how I LOOK NOTHING LIKE HER, “someone needs glasses” “No resemblance. Lucy was beautiful” “Who writes this bullshit…they need to go to spec savers”. These comments are so ridiculous, and sad, like calm down people. I promise it’s going to be okay. No need to get so angry. Too many shallow human beings out there. I have acknowledged my entire life I do not resemble my great grandma, but rather have more of the Arnaz genes. So thank you all for stating the obvious ?????? I empathize with actual celebrities who have to read shit about them every day, so sad, so many trolls and mean gremlins on the internet • • •••••••••••••••••••••••••• •••••••••••••••••••••••••• •••••••••••••••••••••••• https://www.theepochtimes.com/comedy-queen-lucille-balls-great-granddaughter-is-all-grown-up-and-looks-just-like-her_2874017.html

Desiree was born in 1989, just five months after her beloved great-grandmother died. Despite having never known Lucy, Desiree’s mom claims that her late daughter reminded her of her grandmother.

“She was so beautiful, just so so beautiful inside and out,” Julia told PEOPLE. “She really, really reminded me a lot of my grandmother, more so than I.”

Our thoughts are with Desiree’s family.