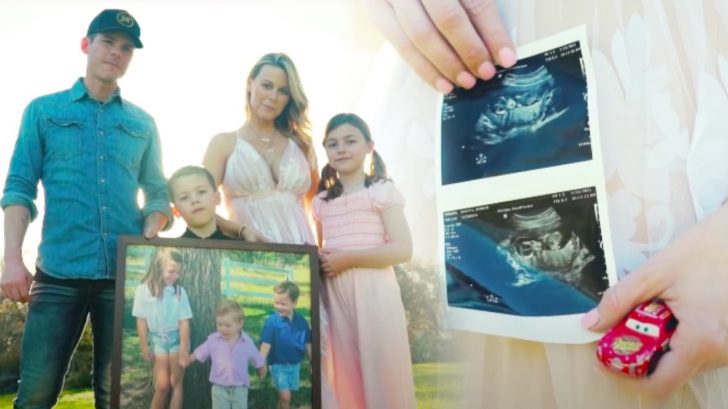 “Life isn’t perfect,” country singer Granger Smith wrote in the caption to one of his most recent social media posts. “Sometimes it’s beat up and broken but it’s NEVER hopeless. God promises that.”

Granger knows all too well what it’s like to feel beat up and broken. On June 6, 2019, their youngest son, three-year-old River, died following a drowning accident at their home:

“The joy he brought to our lives cannot be expressed and his light will be forever in our hearts,” Granger wrote when he announced the tragic news. “If there are words to say more, I cannot find them in this moment. Love the ones close to you. There has never been a more difficult moment for us than this.”

Since losing River nearly two years ago, Granger, his wife Amber, and their two kids, Lincoln and London, have kept River’s memory alive by talking about him every chance they get.

So when the Smiths recently learned some incredible news, River was the first person they wanted to share it with.

In a video posted to their respective social media pages, Granger, Amber, and their kids speak to River about how much of an impact his life had on them.

Then, they shared their joyous news. They’re expecting a baby boy in August.

“And God gave us a miracle. Sweet Riv, because of the life you lived, very soon, you’re going to have a baby brother,” Amber says in the video as she cradles her stomach.

Granger and Amber spoke more about their pregnancy news in a video on their YouTube channel, The Smiths. They said they’ll later be releasing a much longer video detailing their pregnancy journey.

You can listen to Granger and Amber talk about their thoughts and feelings regarding their pregnancy by tuning in to the video below.

Congratulations to the Smiths! We’re overjoyed for them and their family.