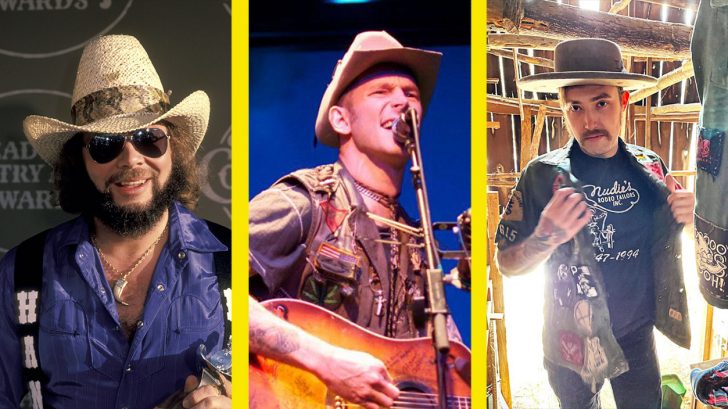 Coleman Williams, who goes by IV, is the son of Hank Williams III and the fourth generation of Hank Williams’ line. Picking up the torch to his legendary musical lineage, he has now launched his own project, IV and the Strange Band. Their debut single “Son of Sin” has just been announced.

On his official Facebook page, IV posted a 45-second clip of the upcoming release and also indicated a full-length record is in the works.

On “Son of Sin,” dark, grungy, electric guitars are accompanied by drums, fiddle, along with IV’s twangy voice.

According to Consequence Sound, IV says that his single is about to current state of today’s music industry:

“The song is kind is of me making a joke at the way my family has been used over the years, and the commercial exploitation that downtown Nashville has turned into where it was once for the music but I feel now is the last thing that matters.”

He went on to talk about how much his family has impacted him and pushed him towards a career in music.

“My family legacy is something that I hold with highest utmost respect. I have worked my whole life to feel I have earned a right to add my chapter to the family. Not because of my blood, but because of my own personal journey of being a person that has something to say and believing in my message just like my forefathers have.”

We’re looking forward to hearing music from another Williams! “Son of Sin” is set to be released on April 20, 2021.

Listen to it in the video below.