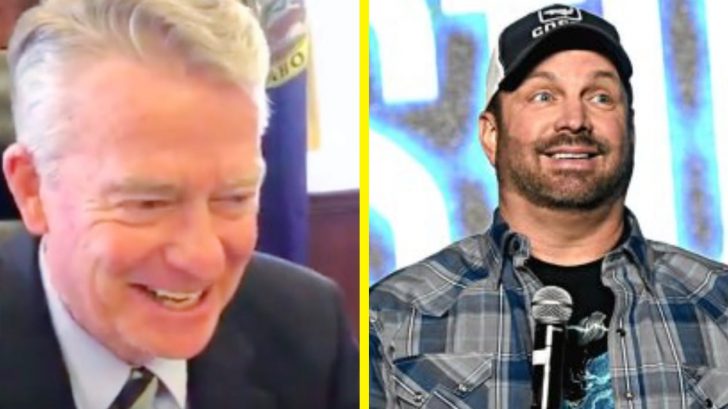 Garth’s Show Sells Out In An Hour

Garth Brooks is no stranger to playing for sold-out crowds. No matter how big of a venue he books, tickets to the country superstar’s concerts often sell out within mere hours.

That was the case after tickets for Brooks’ performance on July 20 at Albertsons Stadium in Boise, Idaho, went on sale on Friday (May 18). In less than an hour, 40,000 seats had sold out, leaving many of Brooks’ fans without tickets.

Brooks was stunned by the quick ticket sales, and took to social media to share some love for Boise.

Brooks’ post prompted a wealth of responses from fans in Boise. Many responses came from those who were unable to get tickets, as they begged the superstar singer to add another show to the city.

Their requests weren’t outrageous ones to be making. In the past, Brooks has added additional shows in cities that sell out fast…sometimes performing as many as four shows in one weekend!

Hoping that he would maintain a similar practice and be willing to add at least one additional show in Boise, fans pleaded to Brooks.

Please add a second show. Many people waited online for a couple hours, just to be alerted at checkout that the show was sold out. Boise is to great to only stop for one night!!

Then, a few days after the concert sold out, Brooks got another request to perform an additional show in Boise. And this request came from none other than Brad Little, the governor of Idaho.

Rather than tweet at Brooks and hope for a response, Governor Little decided to call the country superstar directly. A video of his call shows him speaking to Brooks as he begs him to add another show in Boise.

What Did Garth Have To Say?

So how did Brooks respond to that? As you would expect, he was so nice about the whole thing!

While Brooks wasn’t able to give Governor Little a straight answer, he did share that he and his team were considering the possibility of adding another Boise show to his schedule.

“We’ve been looking at this, and I’m not sure what the possibilities are, but if it happens, it will be because of this phone call. I so, so appreciate it,” he said.

And it seems that the people of Idaho have Governor Little to thank, because Brooks just added a second show in Boise!

ABC 6 KIVI News out of Boise published a report confirming that Brooks added an additional Boise show, with this one being scheduled for July 19. Tickets to the show will go on sale Friday, May 31.

Brooks’ team told the publication he decided to add the additional show after hearing the “incredible interest level” the people of Boise expressed…including Governor Little! You can watch his full phone call with Brooks by tuning in to the video below.

This is certainly one way to get a direct response from someone as busy as Brooks!

What do you say to a second show in Boise, @garthbrooks? #GARTHinBOISE pic.twitter.com/eHsiwW2HIY