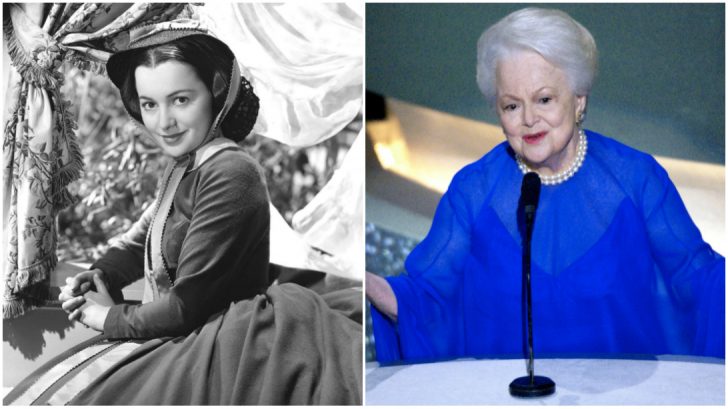 Olivia de Havilland, the last surviving star of the 1939 film classic Gone With the Wind, has died at the age of 104. The news was confirmed by her rep and by her son-in-law who stated that she died in her sleep at her home in Paris, France, on Saturday (July 25).

De Havilland was best known for her role as Melanie in Gone With the Wind, but over the course of her 53-year career appeared in 49 feature films. She starred opposite some of the biggest stars of Hollywood’s Golden Age, including Errol Flynn, Bette Davis, James Cagney, Rosalind Russell and Montgomery Clift.

During her career, de Havilland was honored with two Academy Awards (To Each His Own and The Heiress), two Golden Globe Awards (The Heiress and Anastasia: The Mystery of Anna), two New York Film Critics Circle Awards (The Snake Pit and The Heiress), the National Board of Review Award, and the Venice Film Festival Volpi Cup (The Snake Pit), and a Primetime Emmy Award nomination (Anastasia: The Mystery of Anna).

De Havilland was married twice. Her first husband was author Marcus Goodrich. The married in 1946 and together had one child, Benjamin, who died at the age of 42 after heart disease brought on Hodgkin’s disease treatments. Goodrich and de Havilland divorced in 1953, and he died just weeks after his son.

She wed her second husband, journalist Peter Galante, in 1955. The couple had a daughter, Gisele, and divorced in 1979. Galante died in 1988.