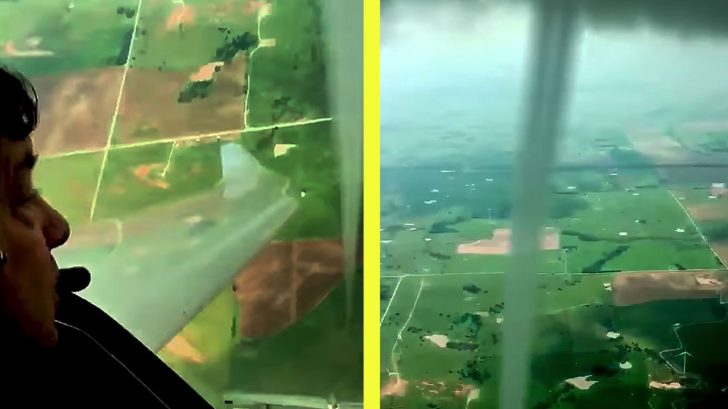 Oklahoma City native David Evans has been a pilot for nearly 30 years, but few things compare to his encounter with a tornado while flying his glider plane.

While up in the air, Evans spotted a landspout, a tornado-like occurrence that forms not from a thunderstorm or cloud-based rotation but rather from thermal changes near the ground.

“I have a little motor glider, and you look for these thermals to stay aloft,” Evans told The Washington Post. He had set off that day from Wiley Post Airport on the northwest side of Oklahoma City.

Evans’ particular motor glider is a type of fixed-winged aircraft that is supported in flight by thermal updrafts of air against its lifting surfaces. As a result, a glider doesn’t rely on an engine for flight.

“I motored around Tuttle and Minco, and then I saw some hawks,” Evans explained. “They’re always a telltale sign of where a thermal might be. I started getting an indication I was getting lift, so I circled in there with them.”

“[The thermal] was raising me up at about 100 or 200 feet per minute,” Evans continued. “Then all of a sudden that vapor funnel started forming. It was going down and down and down, but there was no turbulence. I just kept flying around that thing.”

Evans learned later that the funnel did have a ground circulation attached to it making it an official tornado.

Check out the spectacular footage below.