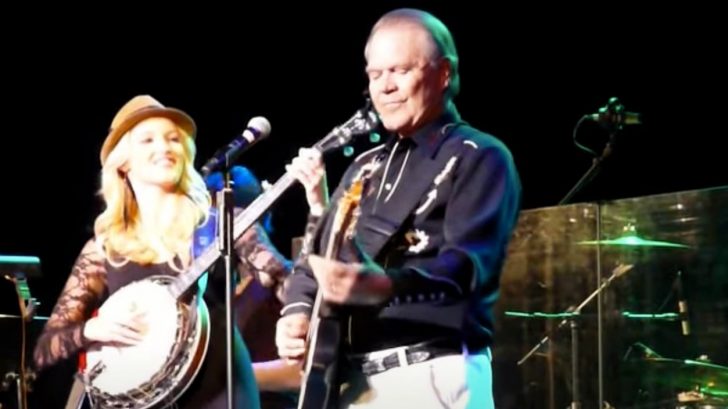 Some of Glen’s children have followed in his musical footsteps, including his daughter, Ashley. She is an accomplished musician like her father, with a preference for the banjo.

Ashley performed with her dad during his final shows. One of the highlights was when they’d share the stage to play the famous “Dueling Banjos” song. Ashley played the banjo and Glen played the guitar.

Now that Glen is gone, Ashley is helping keep his legacy alive by sharing his songs and stories.

On the anniversary of Glen’s passing, Ashley paid tribute to him through an emotional post on social media. Alongside a photo of Glen, she wrote, “Missing you a lot today dad. Every day really.”

Ashley said she spent the day walking around while listening to her dad’s music:

“I’m so thankful to be able to hear your voice anytime,” she wrote. “Those records are everything to me. It’s nice to think that we can keep singing even after we are gone. Miss you with all my heart.”

Later in the day, Ashley continued to honor her father through a performance. She shared a video of herself playing “Little Rock Getaway” on the banjo, which was one of Glen’s favorite instrumental songs.

Watch the video of Ashley playing the banjo in her dad’s honor below.

Our hearts go out to Ashley and the rest of Glen’s loved ones at this time. He’s so dearly missed.