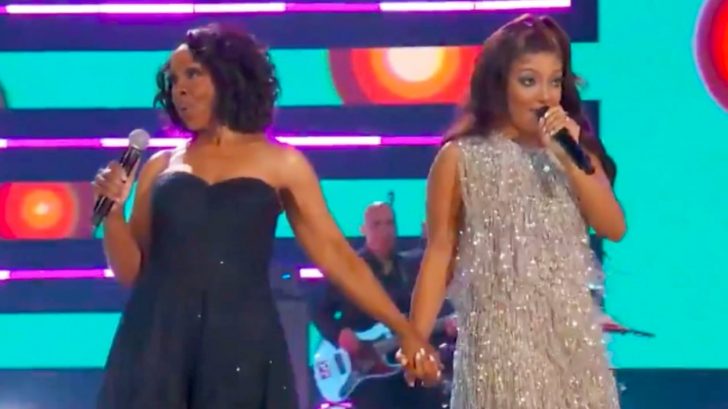 Two days before the 2021 CMT Music Awards, the legendary Gladys Knight took to Instagram to express how excited she was to be getting back on stage.

“I am so excited to be safe, healthy and performing more and more!!! Make sure you are venturing out safely as well my dears! See you soon!” she wrote.

Well, fans won’t have to wait too long, because she performed on Wednesday (June 9) at the 2021 CMT Music Awards!

The ceremony was held in Nashville, Tennessee and was hosted by Kane Brown and Kelsea Ballerini.

Knight took to the stage with Grammy-nominated country singer Mickey Guyton to perform “Friendship Train.” The song was recorded by Knight decades ago when she was singing in the group Gladys Knight & The Pips. It’s a classic!

Guyton’s performance with Knight came immediately after she (Guyton) sang with BRELAND. After BRELAND left the stage, Guyton came over to Knight’s side and grabbed her hand as they began singing “Friendship Train.” It was the perfect display of friendship.

And Guyton and Knight’s performance was the perfect collaboration. Check it out in the video below. The video also contains Guyton’s performance with BRELAND!

A #CMTawards moment we and @SeeHerofficial won't forget ? @MsGladysKnight and @breland just joined @MickeyGuyton on stage for a show-stopping performance of "Cross Country" and "Friendship Train!" #SeeHer Hear Her pic.twitter.com/7RJGng5lYA