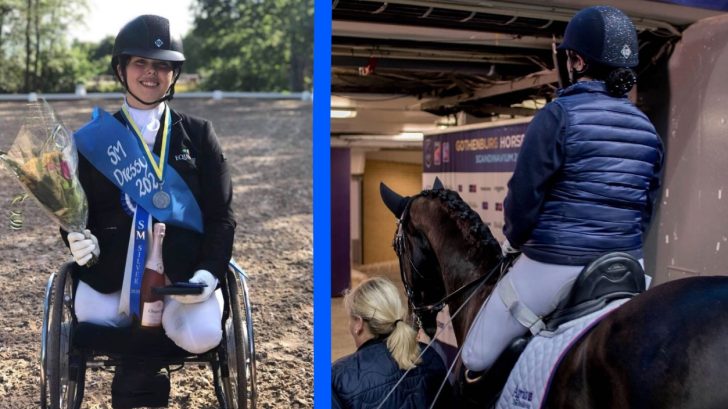 An incredibly inspiring story comes out of Sweden about a girl who overcame major obstacles to become a champion horseback rider.

Felicia Grimmenhag was only 17 years old when she was hit by a speeding car while she was riding her scooter bike down the road. When she woke up, she was in the hospital and she looked down to see both her legs had been amputated.

Being a passionate horse rider her whole life, she decided not having legs wouldn’t stop her from attempting to ride horses again. Ten weeks later, she was back on a horse, Great Big Story reported her saying.

“The horses have meant a lot to me, both mentally and also physically. When I sit on the horse, I don’t feel like the disabled Felicia, I feel like the equestrian Felicia.”

Since then, Felicia went on to compete in multiple competitions all around the world. This year, she won the silver medal at the Swedish Championships and is preparing to hopefully compete at the Tokyo Paralympics.

“What I have learned from all this is that you should dare to challenge yourself, and remember that it’s only you who sets your own limits,” she added.

Felicia is a total inspiration to us all and living proof that hard work and dedication can overcome just about any obstacle. We look forward to seeing her stack up more accomplishments and achievements.