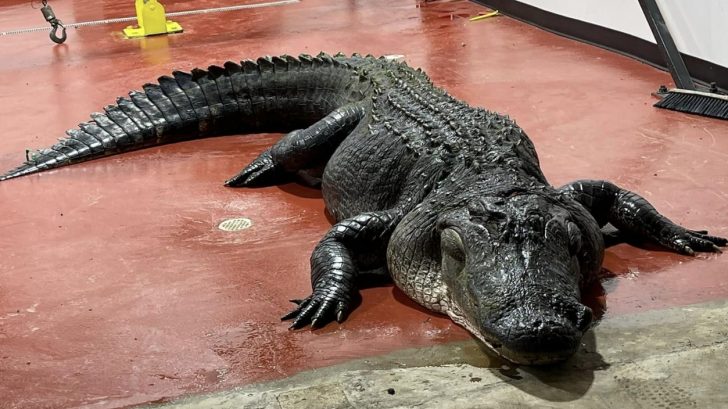 Two awesome fishermen from South Carolina almost reeled in a new state record with a massive 13.5-foot alligator, coming in only half an inch from beating the current record.

Even though they fell short of changing up the record book, alligator hunters Jeff Hobday and Paul Burdick said they had an unforgettable time on Lake Marion on Sunday (Sept 11) catching the 825-pound apex predator.

“Words cannot describe it. Hunting is an exhilarating experience, and it is only a 30-day season. The pressure is on to make the most of the lottery tag,” Jeff said about the thrilling experience, according to WPDE.

Capturing the massive reptile may not have beat the state record, but it was certainly a personal best for both of the fishermen.

“We have caught a couple 10-11 footers in the past,” Jeff said. “Most of the time they weigh around 400-pounds. This was the biggest one I have ever caught by far.”

Jeff and Paul told the news outlet that they plan to have the meat processed so it can be turned into a meal for them and family and friends.

“The tail and jaw meat (are) the most usable. The meat from the body has a lot of fat so we took it to get processed and we are having the skull removed and bleached,” Hobday said.

See The Full Public Statement On The Gator Below