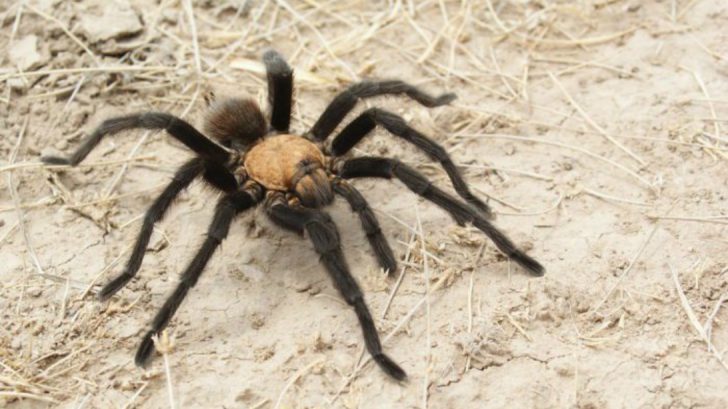 Arachnophobia, the extreme or irrational fear of spider, is real, y’all. If you suffer from it you may want to spend the next few months far away from the Lone Star State.

Tarantulas are invading north Texas by the thousands this summer. It is officially mating season for the Texas Brown Tarantula that lays up to 1,000 eggs at a time, and is one of the largest breeds with a leg span of over 4 inches.

The mating season lasts from May to October, but peaks in July and August. The usually shy males become bold during this season as they seek out a partner, putting them in contact with humans. Once a tarantula gets pregnant, she can lay up to 1,000 eggs in an egg sac in her underground burrow. She then wraps the sac in a silk pouch, similar to a cocoon. After some time, the pouch bursts open and the babies emerge.

Numerous varieties of tarantulas can be found in warm, dry regions of the world. In the United States, the hairy arachnid is most often found in the south. This year, the spiders will be highly concentrated in north Texas during mating season. But, chances of seeing the babies and their mom are slim as they generally stay underground…at least until the male babies grow up and venture out on their own to find a mate.

If you live in tarantula land, don’t be alarmed if you stumble upon one. It is likely a harmless male looking for a mate. They are known to be docile, as long as they aren’t pestered. But, can bite if you mess with them too much. If you’re one of those rare individuals that love spiders, head to Texas to witness the tarantula invasion for yourself. There are worse ways to spend a summer vacation!