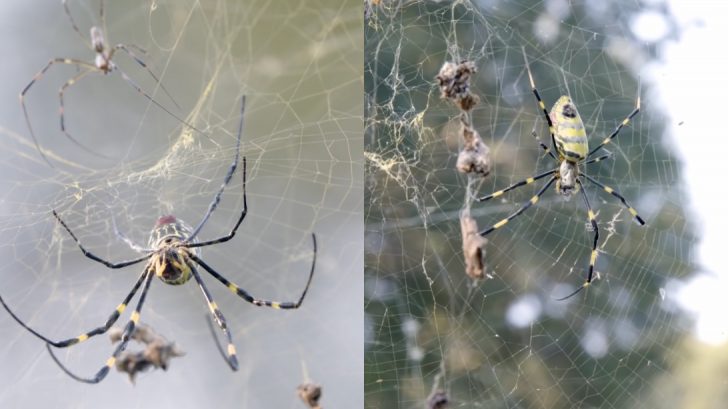 Where spiders are concerned, it’s not too comforting knowing these arachnids are harmless to humans…especially knowing that they are roughly the size of a human palm, sport long black legs and a yellow and black striped body, and can parachute out of their webs, traveling 50 to 100 miles on the wind.

Joros were discovered in large quantities in Georgia last year with their massive webs stretching across porches, mailboxes and powerlines across the state. A new study by National Geographic found that the parachuting spiders can survive in cold temperatures, meaning that they will likely spread north and take over a large part of the East Coast.

University of Georgia entomologist Nancy Hinkle thinks that the invasion is a good thing.

“This is wonderful. This is exciting. Spiders are our friends,” Hinkle said. “They are out there catching all the pests we don’t want around our home.”

Other scientists agree that a Joro spider invasion is nothing to be concerned about because they are harmless to humans and eat pests like stink bugs, per Sudhim Thanawala of the Associated Press.

So where did these frighteningly huge spiders come from? Joro spiders are native to Japan and are thought to have arrived in the United States in 2013.

“There’s really no reason to go around actively squishing them,” University of Georgia researcher Benjamin Frick said. “Humans are at the root of their invasion. Don’t blame the Joro spider.”