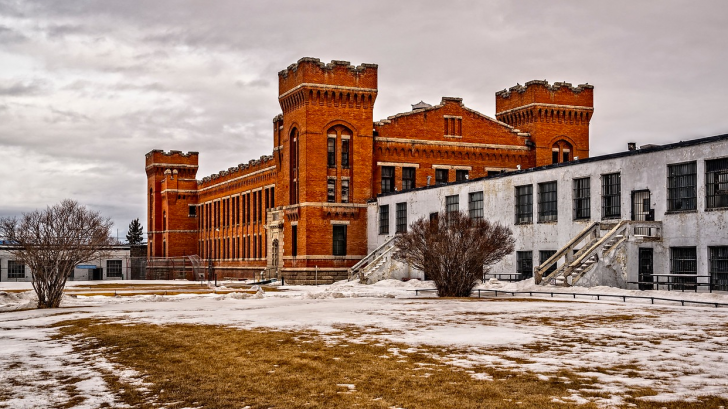 If you want to experience what it’s like to spend the night inside an old prison in Montana, then you can book a night in the Old Montana Prison Ghost Hunt Deer Lodge.

The facility was built in 1974, but its constant problems overcrowding, insufficient funds, and antiquated facilities. However, the “straw that broke the camels back” was a prison riot that lasted for over 36 hours and ultimately took the Montana National Guard to storm in and restore order. The prison was finally closed in September 1979.

One of the founding members of Ghost Hunts USA, a company that sponsors paranormal investigation for both believers and non-believers, Tyler Evans, says it’s one of their favorite places to visit. He gave his thoughts on the spirits that could potentially live in the prison still.

“Some of them find Old Montana as their home. So, some of these prisoners have been there from a very early age and this was their home. And that’s where they feel safe. That’s where they want to visit back from. Others had a horrible time there. So, if ghosts do exists, I guess the big question is, will you see one?” KX News reported Tyler saying.

The investigations he and his team will be running at the prison will be from 8pm to 5am. Those participating will stay with a group of professionals throughout the duration of the night. Those who are braver than most can opt to go off by themselves and walk through the prison alone at night.

His word of advice is to “just be positive, be fun, laugh a lot, bring warm clothes and pretty much that is that,” he said.

You can purchase tickets for the tour on the Ghost Hunt website. To get a sneak peek of what it’s like to be inside the prison, you can watch a self-guided video tour of the Old Montana Prison in Deer Lodge, Montana below!