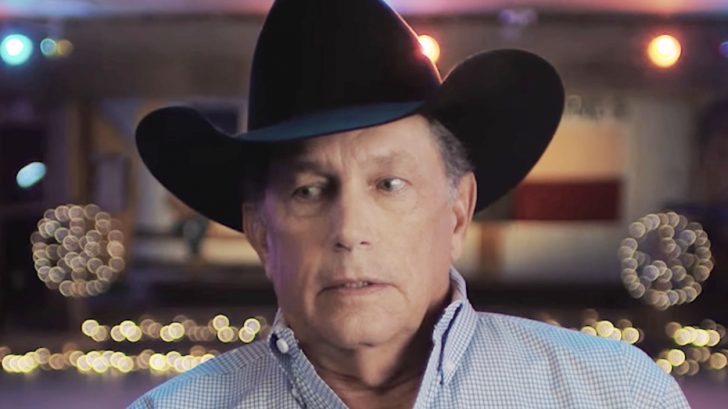 When you hear George Strait‘s name, you always hear “The King of Country Music” either before or behind it. He is referred to as The King for good reason..actually 60 reasons. That’s how many number one songs he has to his name, which is the most for any artist in any genre.

Check out this “king size” addition of the King of Country himself his majesty @georgestrait done by artist @matt_tumlinson. Word on the street is that Mr. Straight drove by to take a look at it himself. Come on back Your majesty, we need a picture of you and the artist! #sanantoniostreetart #muralsandmusicatmidtown #2amsatx #sasai #sanantonio #stmarysstrip #sanantonioartist #largestoutdoorgalleryintexas

As of late, we have been reminded of how great he is thanks to his newly-released album Honky Tonk Time Machine. It features the boot-stompin’ single “Every Little Honky Tonk Bar,” the emotional “The Weight of the Badge,” and a collaboration with his 7-year-old grandson Harvey to “God And Country Music,” which they debuted together live at RodeoHouston.

We’ve all known for years that George Strait is about as country as it gets.

But what if we told you that The King of Country Music was once told he wasn’t country enough? It’s hard to believe that could possibly be true, but it is!

When Strait was 19 years old, he enlisted in the Army and at one point was stationed at Schofield Barracks, in Hawaii.

While sitting down with Spotify, Strait spoke of his time in Hawaii.

“The first time that I really got up on stage with a band was in Hawaii ’cause there wasn’t a lot of places that had country music in Hawaii,” he said.

He continued, “I got with these guys and they ended up firing me…’cause I wasn’t country enough they said. My voice wasn’t. Go figure!”

Strait didn’t name names, but it is known that the Army-sponsored band he was a member of was called Rambling Country. We imagine whoever said that to him is probably kicking themselves for it!

Watch Strait tell that story in the video below.