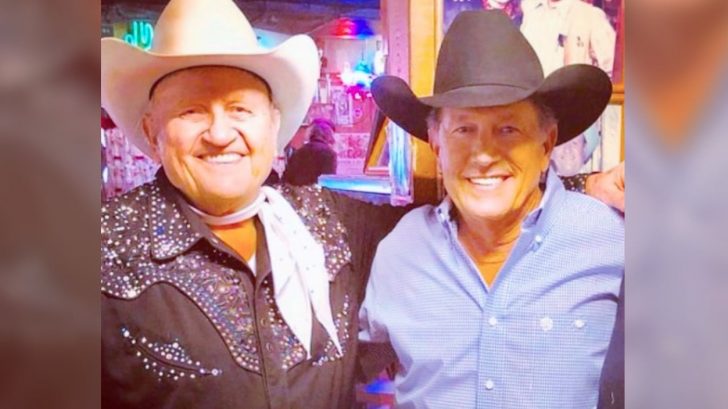 James White was beloved in Texas and beyond for owning the iconic Broken Spoke dance hall in Austin. He founded the hall in 1964.

Sadly, White’s family informed the Austin American-Statesman that he passed away after contracting a recent illness. His daughter, Ginny Peacock, told the publication he also had been suffering from congestive heart failure.

White was 81 years old at the time of his passing.

One person who was saddened to hear the news of White’s death was George Strait. He actually featured the Broken Spoke on the cover of his most recent album, Honky Tonk Time Machine (released in 2019).

Strait played many of his earliest shows at the Broken Spoke. He gives credit to White for helping him find the success he later enjoyed in his career:

“Some of my greatest memories are of playing the Broken Spoke back in the late 70’s and early 80’s,” Strait said in a post made to his social media profiles. “He gave me and the unknown at the time Ace In Hole Band a chance to play in front of people and no doubt was a big part of our success.”

Strait and White remained in contact throughout their lives. Alongside his post recognizing White’s passing, Strait shared a photo of the two of them that appears to have been taken within recent years.

“The King of Country” ended his message by saying, “Our prayers are with the White family. May God rest his Honky Tonk soul. I’ll see you down the road Mr. White.”

You can read Strait’s full tribute to White below.

It’s clear White will be so dearly missed by all who knew him. May he rest in peace.