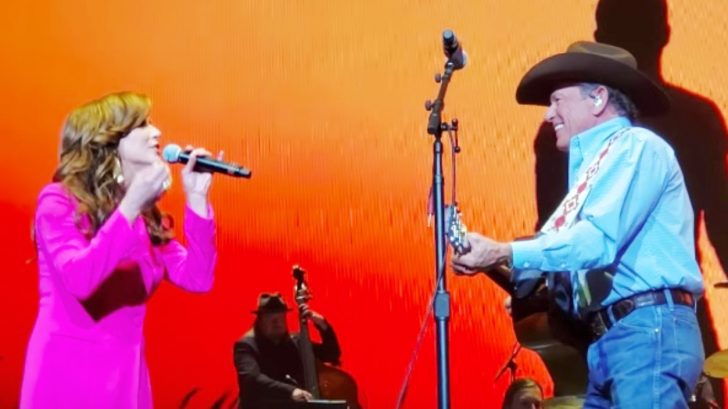 Conway & Loretta Lead Fans On With Their Songs

Almost everyone who watched Loretta Lynn and Conway Twitty sing together assumed that the two were romantically involved. They brought intense chemistry to all of their romantic songs, making it appear as though they were head over heels in love.

But that wasn’t the case, as Lynn and Twitty were nothing more than dear friends. As Lynn herself explained in the documentary Loretta Lynn: Still a Mountain Girl, “Everybody thought me and Conway had a thing going, and that’s the furthest from the truth.”

However, it’s easy to understand why people thought Twitty and Lynn were engaged in a romantic relationship. They sang so many love songs together, and performed them in a way that made them seem believable.

One of the duo’s most iconic duets is also one of their steamiest. Titled “Lead Me On,” the song has Lynn encouraging Twitty to express his love for her so she feels free to do the same. As she sings, “I need love warm and tender in a way I’ve never known. If you want me I’ll go with you but you’ll have to lead me on.”

The song was a smash success, and became the pair’s second-ever number one hit together. It spent 15 weeks on the chart in total.

A Seasoned Duo Spices Things Up

Well, two of country music’s most iconic singers just succeeded in immortalizing the song even further by performing a red-hot rendition at Lynn’s 87th birthday celebration in Nashville.

The singers we’re talking about are George Strait and Martina McBride.

While Strait and McBride have never been an official duo like Lynn and Twitty were, the two are seasoned pros at singing duets. They’ve even toured together!

They are also no strangers to reviving country classics. They can sing a fiery rendition of Johnny Cash and June Carter Cash‘s “Jackson.”

The two brought even more heat to their performance of “Lead Me On” at Lynn’s Nashville birthday bash. You could instantly feel the temperature in the room increase as the two began singing the romantic song that has made country fans feel weak in the knees for decades.

What made Twitty and Lynn’s original version so good was the fact that they made their chemistry seem real. McBride and Strait did the same, which is why their cover is something worth checking out. And you’re in luck, because an attendee happened to capture the whole thing on film!

Watch Strait and McBride revive Twitty and Lynn’s iconic song by tuning in to the video below. They bring some serious passion to it!