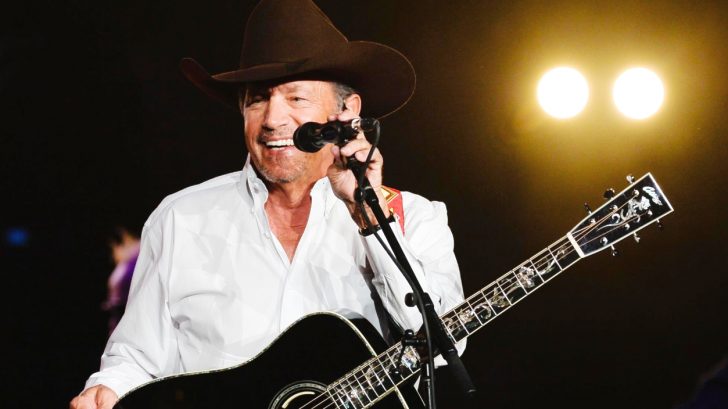 The King is back in action! George Strait is headed to the Midwest for his first show of 2020 and fans are losing it.

On The Road Again…

George Strait has put his touring days to rest…but not for long. Aside from his Las Vegas shows, The King of Country Music has been surprising fans by announcing up and coming concerts throughout the year. His first announcement came in March when Strait revealed that he’d be taking the stage at Gillette Stadium in Boston, MA in the summer of 2019.

Here's a throwback to the 2013 ACM Awards. Make sure to tune in to this year's ACM – Academy of Country Music Awards Sunday, April 7 at 8/7c LIVE on CBS to see two special performances from George!

Strait To The Heartland

While the East Coast got lucky, his latest concert announcement has Midwest folks over the moon. On May 6, Strait revealed that he’d be taking his talents to the heartland of Kansas City. His show, “Strait to the Heartland” will be on January 25, 2020, at the Sprint Center. This will be the country legend’s first time performing at this venue since 2012!

Joining him for the rare appearance will be special guest, Asleep at the Wheel. The nine-time Grammy award-winning group has charted more than 21 singles and released over 20 albums since their rise to fame in the 1970s.

With the release of Strait’s 2019 album Honky Tonk Time Machine, fans are in for the night of their lives. Not to mention, the many classics that Strait is bound to break out in front of the 19,000 person arena!

If you’re as excited as we are, check out George Strait’s video for “Every Little Honky Tonk” below!