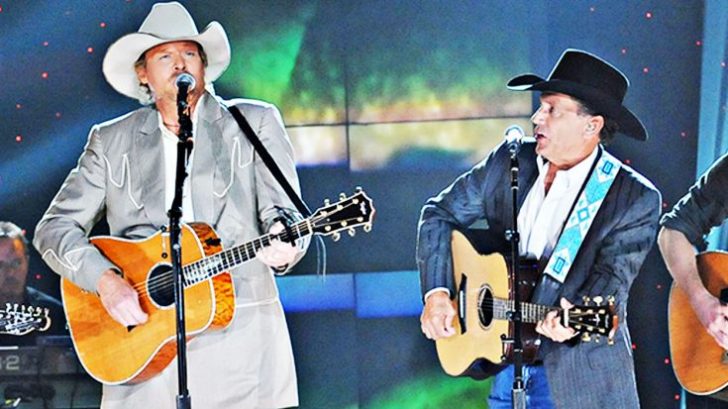 When it comes to the debate of modern country music over tunes that have secured a place in our hearts, there is no shortage of arguments as to whether modern country music has overtaken the original sound so many have grown up with. While many artists have addressed the conflict, two country music legends decided to criticize the newer country trends the best way they knew how: through a song.

Alan Jackson and George Strait joined forces to record the 2000 country hit “Murder On Music Row,” a song that, although never released as a single, received so much attention that it made it on Billboard’s Hot Country Singles chart! The song indirectly criticized the pop-inspired country music transition that many classic artists felt had been diluting the genre’s roots.

“For the steel guitars no longer cry/ And you can’t hear fiddles play/ With drums and rock ‘n’ roll guitars/ Mixed right up in your face,” the song states.

Jackson and Strait were not the original singers of this brazen hit, as the first recording was done in 1999 by bluegrass band Larry Cordle & Lonesome Standard Time.

This unforgettable duet later went on to win a CMA Award in 2000 for Vocal Event Of The Year, as well as 2001 Song Of The Year.

Listen to the tune below and tell us what you think!