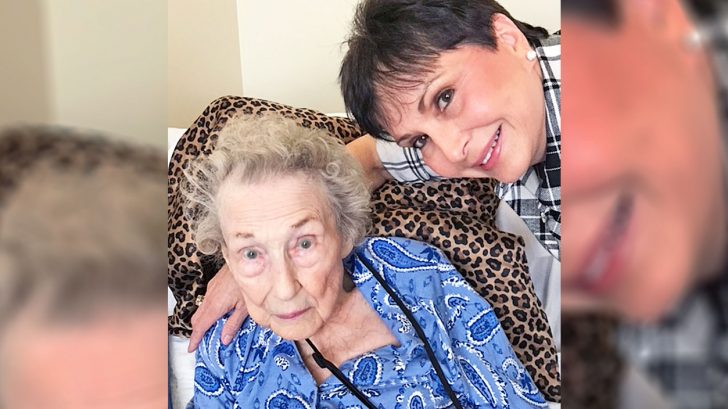 In 1981, country music icon George Jones and a Louisiana woman named Nancy Sepulvado met while on a blind date. That blind date obviously went well, because two years later they were married during a ceremony at the home of George’s sister in Texas.

The couple was married for 30 years before George passed away on April 26, 2013. His marriage to Nancy was the longest out of four, but it wasn’t an easy relationship.

George and Nancy never tried to hide the fact that George struggled with addiction throughout his life and their marriage. His habits were hard for him to break, as he explained in his 1996 autobiography I Lived to Tell It All. He wrote, “Friends, family, doctors, therapists, and ministers had tried to save me, but to no avail.”

However, there was one person who finally managed to save George from his addictions…Nancy. George wrote in his autobiography that Nancy’s love was the one thing that helped him break his bad habits, and therefore ended up saving his life.

While being interviewed by The Tennessean, Nancy said she felt that it was some sort of destiny for her to help George overcome his troubles. “God put me with him to help him get the devil out of him,” she said. “God put me there to do a job and I did it.”

Because of her love and unwavering devotion to George, Nancy also earned the respect of country music fans and fellow artists. She has continued to keep his fans clued in on events and major milestones relating to George, and keeps them up-to-date with news about her own life as well.

“Please keep Nancy Jones and family in your prayers,” the post opened.

The post went on to describe the type of person that Lois was, saying that she was known for her sweet personality and caring nature. She and Nancy clearly shared a close bond, as the post shared that Nancy always considered her to be “her little angel here on earth.”

Please keep Nancy Jones and family in your prayers as her sister Lois passed away this morning. Lois was one of the…

We’ll certainly be keeping Nancy and her family in our prayers during this sad time. May Lois rest in peace.