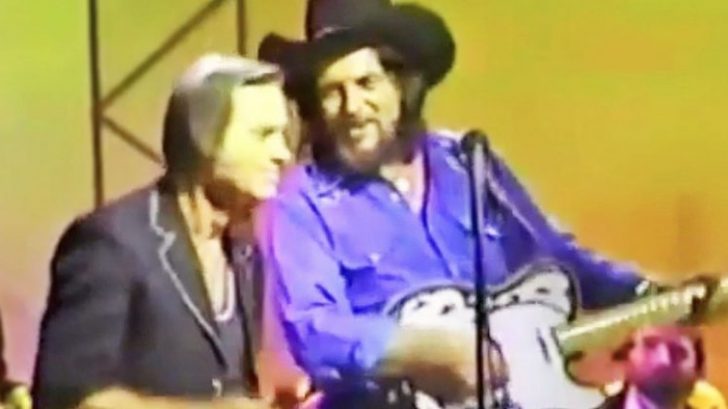 “Good Hearted Woman” has to be one of the most memorable songs in all of country music history. This iconic tune was written by two outlaw legends: Waylon Jennings and Willie Nelson. Jennings was the first to record it, and he released it as a single in 1972. The song was a smash success, and peaked at the third spot on the Billboard country chart.

Jennings followed up the success of the song’s original recording by releasing a duet version with Nelson in 1975. That version ended up claiming the top spot on the country chart and also claimed the 25th spot on the Billboard Hot 100. The following year, the duet version was included on the compilation album Wanted: The Outlaws! which was the first country album to ever sell one million copies.

The CMA ended up rewarding Jennings and Nelson for all of their hard work on “Good Hearted Woman.” The two were awarded the Single of the Year award for the song at the CMA Awards, further cementing its status in history.

Since Jennings and Nelson’s duet of “Good Hearted Woman” is so iconic, it’s hard to imagine anyone else singing it together. But at one point, Jennings joined a different country legend on the song. The resulting duet has to be one of the best live performances we’ve ever seen.

So who was Jennings’ duet partner? Well, it was none other than the great George Jones, known for his major country hits such as “He Stopped Loving Her Today” and “White Lightning.”

After Jennings introduced him, “The Possum” made his way out on stage to stand by his side. Jennings sang first, and the crowd started cheering as soon as they recognized the song. Then Jones came up center stage and started to sing his own verse.

The two country legends finally joined forces on the chorus. They fed off of each others’ energy as they sang, and ended up delivering an enthusiastic performance. The crowd was thrilled beyond belief, and rewarded Jennings and Jones with endless cheers and applause following the conclusion of their performance.

This collaboration is so good, that you may get the urge to jump out of your chair and applaud them as well. You’ll see what we mean once you watch the clip of Jennings and Jones singing “Good Hearted Woman Below.”

Jennings and Jones’ talent was undeniable. We miss them both so much.