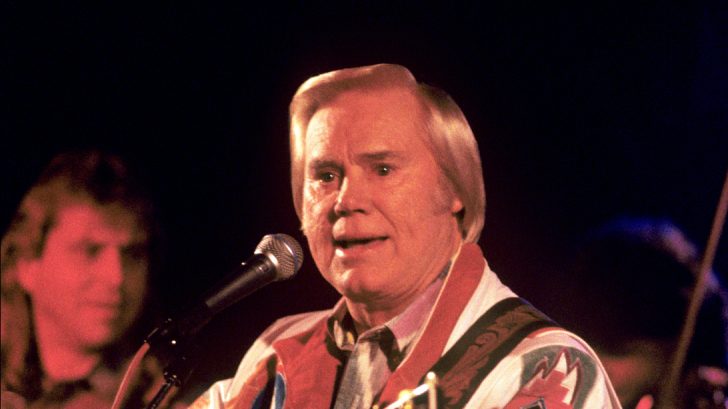 Did you know that Chris Stapleton was just a toddler when the song that would change his career, and country music history, was written?

Few people realize that “Tennessee Whiskey” was first recorded nearly 35 years before Stapleton put his bluesy touch on the tune. David Allan Coe released the song as the title track from his 1981 album but failed to find commercial success with his rendition. Just two years later, George Jones picked up the Dean Dillon & Linda Hargrove-penned tune and took it nearly to the top of the Billboard Hot Country Singles chart. The song quickly became a crowd favorite and a mainstay on Jones’s setlist.

It wasn’t until 2015 when singer/songwriter, and relative country music newcomer, Chris Stapleton recorded the song for his debut studio album Traveller that “Tennessee Whiskey” found its greatest success. Unlike Coe and Jones’s renditions, Stapleton’s gruff voice lends a bluesy soulful feel to the song, making it almost unrecognizable to fans of the ’80s versions. Joined by pop star Justin Timberlake at the 2015 CMA Awards, Stapleton introduced a whole new generation to the country classic while delivering what is arguably one of the greatest performances in CMA Awards show history.

In 2017, “Tennessee Whiskey” was nominated for ACM Song of the Year…an honor unheard of for a song that is decades old. Following Stapleton and Timberlake’s performance, album and download sales soared and in April of 2018 the song was certified 4x platinum, meaning that the song had sold 4 million US units (each unit equals 1 paid download or 150 streams).

The song’s success sparked an outpouring of covers being performed on reality singing competitions, in living rooms, and in pickup trucks. The most successful cover perhaps came from Texas dad Kris Jones who became a viral superstar after being recording singing the song in the front seat of his truck.