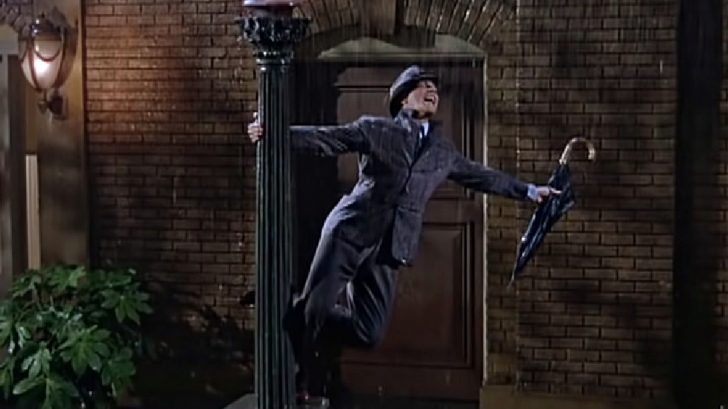 The entertainment industry has rarely seen a talent such as Gene Kelly’s. The dancer, actor, choreographer and singer starred in some of the best musicals to come out of Hollywood, including “Anchors Aweigh,” “On The Town,” “An American in Paris” and “For Me and My Gal.” But, it was his role in “Singin’ in the Rain” that is arguably his most recognizable.

Kelly was 37 when he starred alongside Donald O’Connor and Debbie Reynolds in the film. Despite it not being a huge hit when it was first released, “Singin’ in the Rain” has become known as one of the best musicals of all time. That notoriety is due in part to the dancing talents of veteran entertainers Kelly and O’Connor. While the pair made their scenes look easy, behind-the-scenes it was a very different story.

In an interview with Turner Classic Movies prior to her death, Reynolds said that Kelly was a tough on her during filming.

“He was tough because he was the director, so he was worried about everything,” she said. “He was worried about the concept, the directing, the cinematography, the lighting. He had that all on his shoulders, so he had so much to do, so much responsibility. And he didn’t have time to horse around or kid around on the set, so there was no tom foolery.”

To make things worse, the movie was a first for Reynolds who had no film or acting experience, a fact that Gene Kelly wasn’t happy about and didn’t let her off the hook despite her lack of experience.

Reynolds said that after nine hours of reshooting takes of “Good Morning” her feet were bleeding. “When I pointed it out, Gene would say ‘Clean it up!’”

As further proof of Gene Kelly’s seriousness and determination, in an interview following his death in 1996, his widow, Patricia Ward Kelly, confirmed the long-told rumor that Kelly’s was quite ill while filming the movie’s iconic “Singin’ in the Rain” dance number.

“You have to remember he’s directing, choreographing and starring in the picture, and so it is hard to have any downtime for someone of that magnitude,” said Patricia. “Occasionally people would get sick, but you could often shoot around them, or do other segments and things. But with Gene, he’s it.”

Gene took a couple of days off, but proceeded to shoot the song and dance number with a 103 degree fever. As director, choreographer and star he didn’t get much of a rest.

“[The set] was all draped in black tarpaulin, so he would come outside of the tarpaulin into the daylight and just lie in the sunlight and just kind of bake this fever out of him, and go back in and start over again,” says Patricia. “They shot the number in a day and a half.”

The hard work paid off for the “Singin’ in the Rain” cast, although their work wouldn’t be properly recognized for decades to come.

Watch Gene Kelly’s memorable performance of “Singin’ in the Rain” in the clip below.