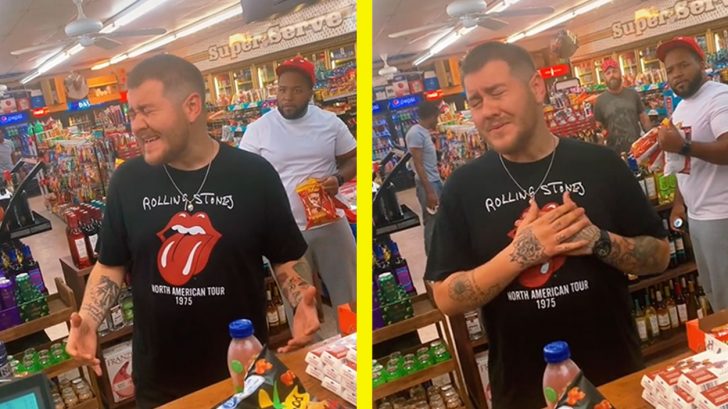 James Bailey, known as @bearbailey on TikTok, has been unleashing his vocal talent in a rather unique place – a gas station.

The singer’s TikTok account features several videos of Bailey walking up to a gas station counter while the attendant films him and requests that he sing her a song. One of his recent videos in which he covers Keith Urban’s “’Til Summer Comes Around” ended up going viral with over 9 million views! Bailey belts out a soulful cover of Urban’s 2009 hit as customers in the background dance with handfuls of snacks totally shocked over his incredible voice.

Based on his bio on Instagram, Bailey is not only a talented singer but also a husband and father. His little gas station shows have helped him amass over 1.2 million followers on TikTok. Some of his videos even show him holding his little girl in his arms while singing to her.

Watch Bailey’s Keith Urban performance in the video below!