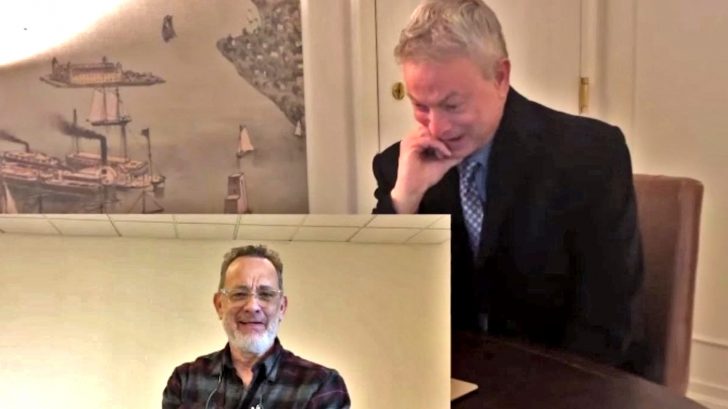 The longtime actor and steadfast supporter of our men and women in the Armed Forces got the real surprise of a lifetime recently when he sat down to watch a video and was shocked to see so many people expressing their deepest gratitude for the work he and his foundation have done.

64-year-old Gary Sinise is a well-known figure on many USO tours and has invested his time, money, and energy into meaningful ways of giving back to our nation’s military members both personally and with engagements as part of the Lt. Dan Band.

Beyond that, he also created the Gary Sinise Foundation that supports active-duty servicemembers and veterans, first responders, their families, and caregivers among others in need.

In this emotional video, Gary is asked to sit down and watch a special presentation while his team records his reaction. He agrees and presses the play button.

This is where feelings start to flow pretty heavily…

As the video opens, Jay Leno is the first to speak and is followed by a great number of other celebrities, figures, friends, families, foundation members, and military families saying how grateful they are for the work he has done.

The video winds through many ways people could say “Thank You” to Gary, but ends on one very important note – with Tom Hanks delivering a super special message.

And this clearly touched Gary’s heart in a beautiful way.