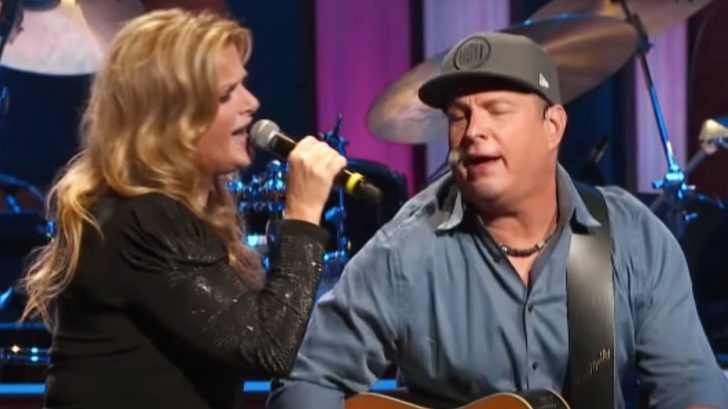 On Monday, September 13, a bunch of Loretta Lynn‘s dearest friends gathered at the Grand Ole Opry for a good cause. Lynn hosted an event called Loretta Lynn’s Friends: Hometown Rising, which was a benefit concert to help raise money for flood relief in Humphreys County, Tennessee.

Lynn’s ranch is located in Humphreys County, so she and her family were first-hand witnesses to the destruction caused by the floods. The floods also claimed the life of Lynn’s beloved ranch foreman, Wayne Spears.

Although Lynn could not attend the Hometown Rising concert in person, she appeared in a video message. During the video, she spoke about how much she misses Spears.

When she shared the tribute to Spears on social media, Lynn said she was “so grateful” for all who participated in the Hometown Rising concert. Two of those participants were Garth Brooks and Trisha Yearwood, who had the honors of closing the show.

The couple performed a medley that contained some classic country duets as well as their own songs. In a nod to Lynn, they performed her 1971 duet with Conway Twitty “After the Fire Is Gone.” They also sang George Jones and Tammy Wynette‘s iconic collaboration, “Golden Ring.”

After singing those classic tunes, Brooks and Yearwood performed some of their hits, including “She’s In Love With the Boy” and “Friends in Low Places.”

You can watch Brooks and Yearwood’s medley performance below. They take to the stage around the 1:47:21 mark in the video.

Even though the Hometown Rising benefit concert is over, you can still make a donation to help with the flood relief. Donations can be made by texting TNFLOODRELIEF to 44321 or by clicking here.