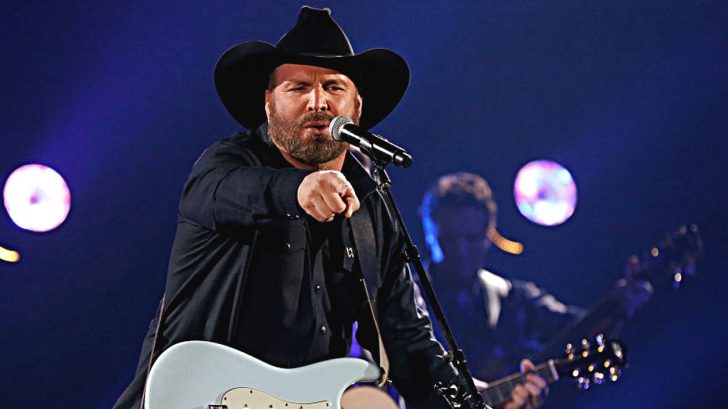 When Garth Brooks performed the opening show for RodeoHouston this year, he played in front of a modest crowd. And by modest, we mean that 75,018 people packed in to watch him perform.

After having such a massive turnout for his opening show, everyone knew it would take a lot for Brooks to top that when he performed the closing show a few weeks later. But as we’ve learned, you don’t ever doubt Brooks’ power to draw in a crowd.

Brooks’ closing show at RodeoHouston not only managed to top his attendance numbers from his opening show, but broke a RodeoHouston record. With a total of 75, 577 people in paid attendance, Brooks topped the previous record, which had been set during the Go Tejano Day mere days prior.

According to The Houston Chronicle, Brooks’ closing night audience was even more energized than the one he performed for on opening night. Feeding off of their energy, Brooks delivered one song after the next with even more spunk than usual.

He also delivered a major surprise in the form of a special guest. You see, for weeks leading up to his closing show, it was rumored that Brooks’ wife, Trisha Yearwood, would make a surprise appearance.

While it isn’t at all unusual for Brooks and Yearwood to perform together, her performing at RodeoHouston was something entirely unexpected. Reason being? She wasn’t on the bill, whereas most other times she performs with Brooks, she is.

Wanting to give the people what they wanted, Brooks surprised all 75,000+ fans at his closing show with a visit from Yearwood. Escorted to the stage in an SUV, Yearwood emerged and started singing her famous duet with Brooks “In Another’s Eyes.”

As if all of that wasn’t enough, Yearwood also took the time to treat the crowd to a solo performance. She sang her hit “She’s in Love With the Boy,” and by the conclusion of the performance is was clear Brooks’ fans were even more in love with her.

We can only imagine how excited the crowd must have been when they saw Yearwood arrive at Brooks’ show! You can catch a small clip of her surprise appearance below.