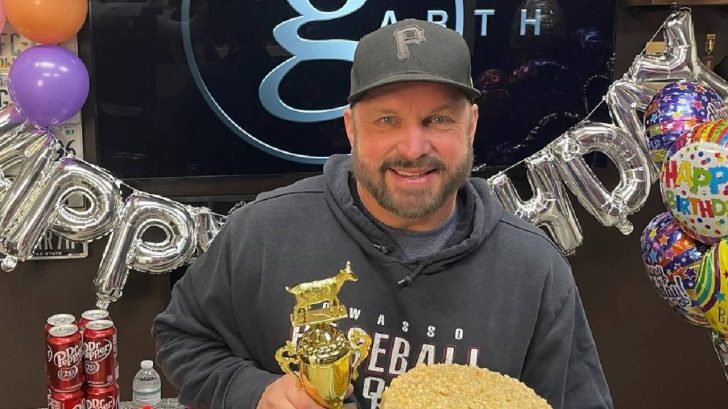 In a recent Inside Studio G episode, which airs almost every Monday, Brooks celebrated his 60th birthday.

Brooks opened presents from his wife, Trisha Yearwood, read fans messages, and also revealed something BIG he will be doing this year – getting a tattoo!

Brooks continued, “I’m thinkin’ something small like a sleeve or something. It looks like I’m going to start with the hands and throat kind of thing. We decided on it years ago, and this is the year I have to pay it off. So, we’ll get it done.”

He never said why she challenged him, but perhaps he promised that when he was 60, he’d get some ink for the very first time! Allie is no stranger to getting tattoos, as you can see in the post below.

Allie and Garth have a very close bond, although they hardly ever post about each other on social media. See her sweet Father’s Day tribute to him below.

We will be waiting patiently for Garth to debut his first tattoo. Any guesses on what it will be?

Watch the full Inside Studio G episode below.