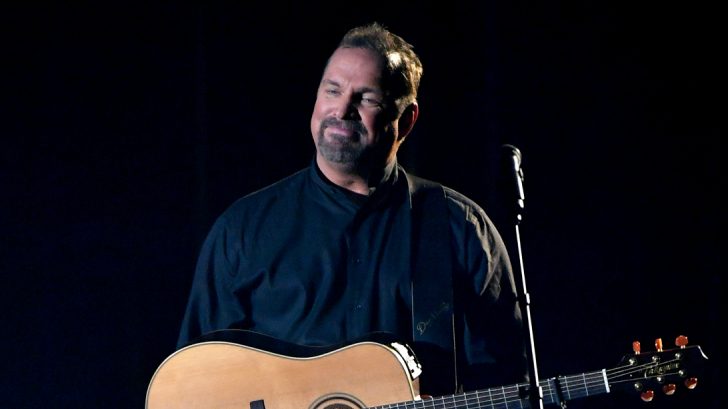 Garth Brooks promised tears during his CMA Awards performance, and tears is what we got. It’s safe to say that Garth wasn’t the only one in the room crying, though.

Prior to his return to the CMA Awards stage on November 14, 2018, Brooks revealed that he only wanted to perform that year if he could sing a touching ballad that he had written for his wife, Trisha Yearwood. The song had never been released and had never been heard by Yearwood, his wife of nearly 13 years. But, the CMA didn’t feel that it was a good fit for the program and it didn’t seem that a Garth Brooks performance was going to happen this year.

“I won’t play it for anybody else because it’s a song, you’re not going to believe it’s written by guys, it’s a song about the strength of a woman. And for me, that’s Trisha,” he said at the time. “So, what I offered to the CMAs was, ‘Let me sing this to her that night. She hasn’t heard it and she won’t hear it until that moment, nobody will. They’ve been very sweet. They kinda came back and said, ‘Hey look, something new that’s a ballad probably doesn’t work for us.’ So, cool. I’ll find some other way for her to hear it. So, right now, we’re just coming to attend.”

Thanks to Brooks’ fans letting it be known that they wanted to hear him sing, the CMA caved and the reigning CMA Entertainer of the Year got his moment on stage. Brooks and Yearwood talked about the special moment during their walk on the red carpet prior to the awards show.

“I’ve made it all the way here without her hearing it,” Brooks said before Yearwood admitted that she was nervous about the song. “I’m like, ‘Why am I so nervous?'” Yearwood said. “And I realized it’s because I really don’t like surprises and I really have no idea what he’s going to sing.”

.@garthbrooks and @trishayearwood are live from Nashville on the #CMAawards Red Carpet thanks to ABC's All Access, presented by @Google. We can’t wait to hear Garth perform tonight! pic.twitter.com/inyecTQDdJ

The surprise was as special as we imagined it would be. As Garth stood alone with his guitar, a spotlight shone on Yearwood who sat in the audience directly in front of him. It almost felt as if we were witnessing a private moment between the lovebirds as they were intently focused on each other.

Brooks held it together until the final verse. As he sang “I’d give her anything in life that’s mine to give her. ‘Til the last breath that I breathe. If I have a choice, I pray God takes me first. ‘Cause you’re stronger….than me,” both he and Yearwood fought back tears.

The song, “Stronger Than Me,” touched everyone listening and is sure to be a huge hit for the star.

Watch Garth Brooks’ CMA Awards performance below and share with every strong woman you know.

Life is made up of great moments like this! love, g #StrongerThanMe