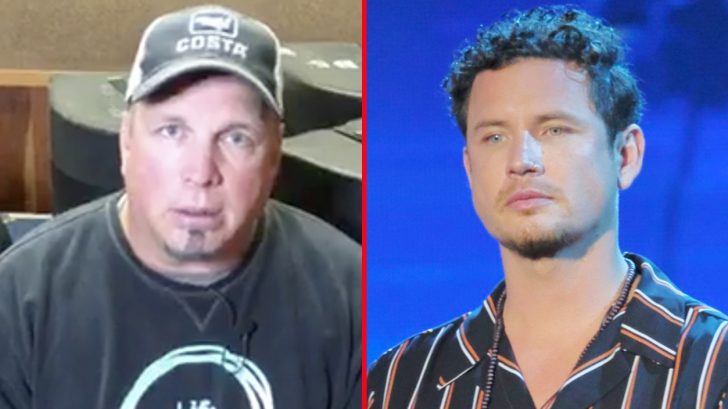 The day after placing fifth in the 13th season of America’s Got Talent, singer Michael Ketterer landed himself in some hot water.

All season long, Ketterer delivered one powerful performance after the next, even moving judge Simon Cowell so much that he used his Golden Buzzer for him in his first audition – sending Ketterer straight to the live shows.

During his semifinals performance, the father of six performed Miley Cyrus’ “When I Look At You” and afterwards, Cowell challenged country superstar Garth Brooks to write a song for him should he make it to the finals.

Brooks received the message loud and clear, and got in touch with Ketterer to discuss the plans – as well as invite him to perform with him at his historic sold-out show at Notre Dame stadium in front of 85,000 people on October 20.

The song Brooks gave Ketterer is called “The Courage To Love” and he performed it on the live results show, shortly before he got fifth place in the competition.

One day later, on Thursday (Sep 20), TMZ reported that Ketterer was arrested for “felony domestic violence.”

“He got into a fight with his wife, and when cops showed up they noticed she had a visible red mark,” they reported. Although she did not want to press charges, the police still arrested him and was booked for a felony because of the mark on his wife. He was released after posting $50,000 bail.

Ketterer told TMZ that the arrest was a “big misunderstanding” and that he and his wife just got into an argument in their hotel room when the cops were called.

TMZ also obtained a video of Ketterer in the back of a patrol car in handcuffs speaking with an officer.

Because of his highly-publicized new relationship with Brooks, fans were wondering where he stood on the events that took place. The “Friends In Low Places” singer addressed the issue during his weekly Facebook Live session, Inside Studio G, on Monday (Sep 24).

How do you think Brooks handled this situation? Watch him break his silence in the video below.

From the Queen’s birthday to everything else! Tonight on #StudioG! love, g