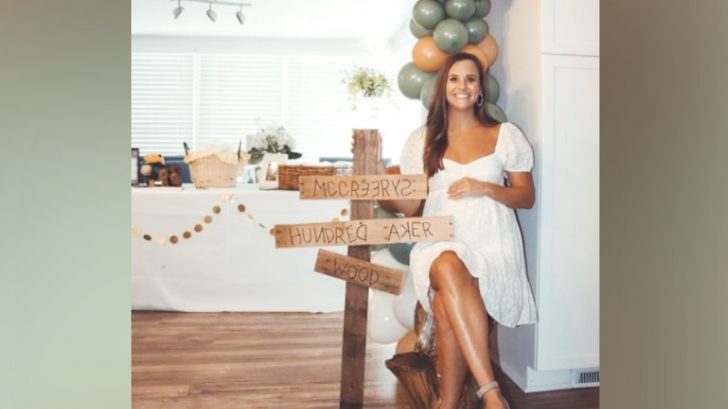 Scotty McCreery and his wife, Gabi, are expecting their first child, a boy. They shared their pregnancy news in June not long after they celebrated their fourth wedding anniversary.

Baby Boy was originally due to arrive in early November. But Scotty told Country Countdown USA‘s Lon Helton that Gabi’s due date was moved to October 31.

“…she just had her latest ultrasound, and they said, ‘He’s measuring ahead of schedule. It looks like October 31st.’ I was like, ‘Oh boy! Halloween!‘” Scotty said.

Since Baby Boy will be here before they know it, Gabi’s friends and family got together for a baby shower. The adorable event was Winnie-the-Pooh themed, since Gabi adores the beloved children’s book/movie character.

Gabi posted a series of photos from her baby shower to showcase all of the themed decorations and snacks. One of the cutest decorations was a sign that read “McCreerys Hundred Acre Wood” in the traditional misspelled and jumbled writing style you see on signs in the Winnie-the-Pooh cartoons.

Calling the baby shower the “dreamiest” event, Gabi said she hopes her son will grow up to love Pooh as much as she does.

You can see all of the super cute photos from Gabi’s baby shower below. We’re so excited for her and Scotty to welcome their son this fall!