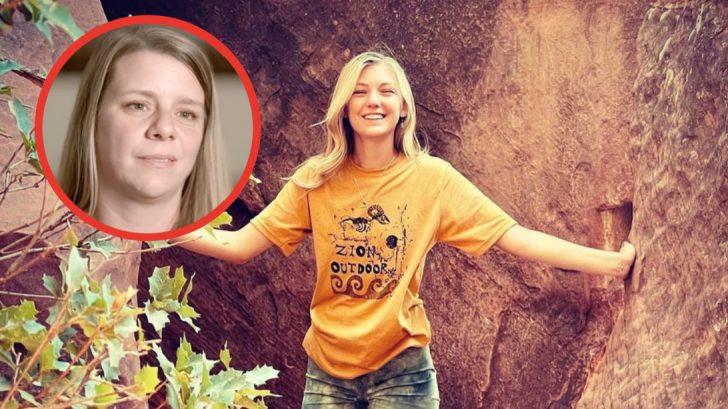 Nearly five months ago, Gabby Petito went missing while on a cross-country road trip with her fiance, Brian Laundrie. In a case that drew international attention, Petito was found deceased at Grand Teton National Park and the Bridger-Teton National Forest and Laundrie was later found dead in Florida.

A new documentary, Gabby Petito: The Murder That Gripped the World, goes inside the murder case and interviews Petito’s parents and step-parents.

Nicole Schmidt, Gabby’s mother, revealed that she knew her 22-year-old daughter was dead when Laundrie returned to Florida alone.

She added, “I didn’t tell anyone else that, ’cause I had to do what I had to do, I had to report her missing, and I had to get her pictures out there. We had to find her.”

Gabby’s mom also recalled the last time she saw her daughter and the hug that she “holds dear.”

“It was a long, long, hug I can’t describe it,” Schmidt said of the goodbye that took place in her driveway before Petito and Laundrie departed on the road trip. “I know we were saying goodbye for a long trip but it felt different and now that I look back it felt so different.”

“I squeezed her so tight, and I said, ‘I love you, please be careful, this is going to be great, you’re going to have so much fun.’ And she squeezed me back and that was just really great and now I’ll cherish it.”

Gabby Petito was found on September 19, 2021, one week after she was reported missing and three weeks after her last known communication. The Teton County Coroner’s Office concluded that Petito died of “blunt-force injuries to the head and neck, with manual strangulation.”

One month later, Brian Laundrie was found deceased during a search of the T. Mabry Carlton Jr. Memorial Reserve and Myakkahatchee Creek Park in North Port, Florida. A notebook, backpack and revolver were located near Laundrie’s remains and a review of the notebook revealed writings by Laundrie taking responsibility for Gabby’s death.

Laundrie’s cause of death was concluded to be a self-inflicted gunshot wound.