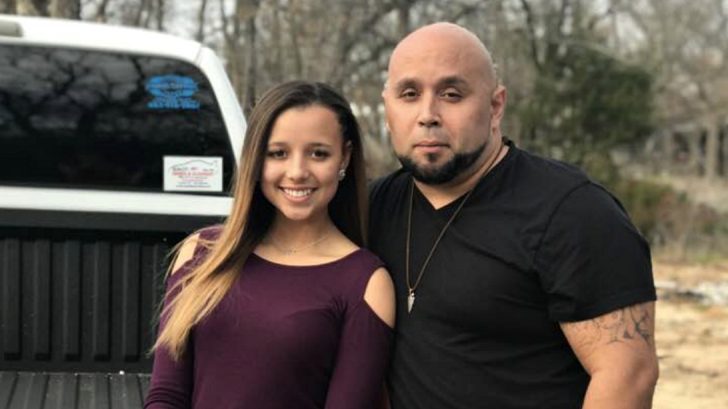 The odds were against Kris Jones from early on. Yet, he chose to turn his story into one of redemption rather than becoming a victim of his circumstances.

Kris Jones is perhaps best known as “Tennessee Whiskey” dad, the singing dad who went viral after his daughter filmed him in the Home Depot parking lot singing the Chris Stapleton hit. But, there’s much more to Jones’s story, and it’s a story that is sure to make you adore him even more.

Jones was born to a white mother and a black father, something that set him apart in the predominantly black Texas neighborhood where he grew up. “It was not popular to be a mix of black and white at this time,” Jones told Country Rebel. “I just had no friend group and I was kind of getting it from all sides.”

His mother pulled him from school while he was in the 5th grade in an attempt to save him from some of the violence he was dealing with on a daily basis. Because his mom was working two jobs to support her family, Kris’s education was neglected and at the age of 14 he went to work full-time. By the time he was 17, Kris was ready to move out on his own, a decision that caused Kris’s life to take a dramatic turn.

After falling in with a bad crowd and making some poor decisions, Jones found himself in prison where he spent the next six years of his life, off and on. After four years of being incarcerated, Kris decided that he wanted to change the course of his life. He wanted to be an exception to the rule and be one of the few that found success in the outside world after serving time in prison.

In a recent interview with the Dallas Morning News, Kris said that he found peace amongst the chaos of prison by singing in his cell where the acoustics were irresistible. At the request of fellow inmates and guards, Jones belted out R. Kelly and Brian McKnight with some Garth Brooks “The Thunder Rolls” thrown in. Music helped him make it through the long, grueling days in prison.

Throughout his term, Kris had written letters to Destinie, a girl he met when he was 16. Even though she had moved on with her life and had two children while he was in prison, he never forgot about her. As soon as Kris was released he found a job with a moving company, a decision that provided him with a steady income and the confidence to call Destinie. They spoke for the first time in 5 1/2 years and within a few months were married.

Fast forward to 2017. Kris Jones had almost given up on his dream of singing and was content getting behind a microphone at a karaoke bar whenever he had a chance. But one day he was on his way to Home Depot with his daughter, Dayla, and she asked him to sing ‘Tennessee Whiskey’ so she could show him off to her friends. As Dayla records the performance on her phone from the front seat of their truck, neither one of them knew that their lives were about to change and Kris was about to be handed a platform from which he could share his incredible story.

Now, 14 months and nearly 70 million combined social media views later, Kris Jones aka “Tennessee Whiskey” dad, is a household name and an aspiring country artist with a compelling story to tell….and it’s all about redemption and second chances.

Friday (March 23) Kris released his debut EP. As of press time, the album is charting on the TOP 40 iTunes Country Albums Chart and is showing no signs of slowing down.

Watch the video that made Kris a viral star below. Keep up with Kris on Facebook by clicking here. If you would like to order his debut EP, click here.