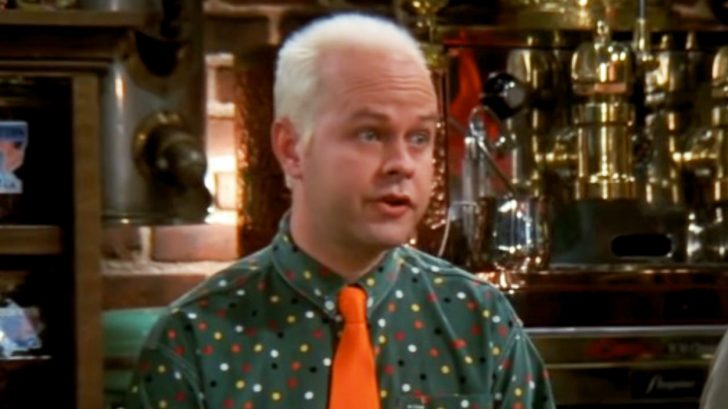 Friends fans are mourning the loss of the actor who played one of the shows most beloved characters.

James Michael Tyler started his acting career with an appearance as a bar patron in the 1992 short The Roommate. He caught his big break just two years later in 1994, when he was cast Gunther on Friends.

Gunther was the manager/barista at the “Central Perk” coffee shop where the main Friends characters often got together. Central Perk was where Rachel Green worked at the start of the series, and Gunther developed a crush on her that lasted throughout the show. However, Rachel never fell for him in return.

Tyler ended up appearing in many episodes of Friends over the course of its ten-year run. In fact, Gunther is the most-frequently-appearing recurring character in the series.

The actor remained closely connected to the Friends world even after the show ended. He was on hand to open the temporary Central Perk pop up in London, England in celebration of the series’ 15th anniversary in 2009.

When the Friends: The Reunion special aired in May 2021, Tyler made an appearance via Zoom. Not long after that special aired, Tyler revealed he had been diagnosed with Stage 4 prostate cancer.

Tyler had been secretly battling cancer since 2018, as he said on TODAY:

“In September of 2018, I was diagnosed with advanced prostate cancer, which had spread to my bones,” he said.

Actor James Michael Tyler (@slate_michael) played Gunther on “Friends” for 10 years, but he was unable to attend the recent cast reunion in person because he’s been battling a serious health issue. Now he’s sharing his news for the first time with @craigmelvin. pic.twitter.com/272tg4Sbvc

Sadly, just months after going public with his cancer diagnosis, Tyler passed away.

The actor’s representative, Toni Benson, said Tyler died at his home in Los Angeles on Sunday (October 24). He was 59 years old.

“The world knew him as Gunther (the seventh “Friend”), from the hit series Friends, but Michael’s loved ones knew him as an actor, musician, cancer-awareness advocate, and loving husband,” Benson said.

The Friends team mourned Tyler’s passing, writing in a statement on social media:

“Warner Bros. Television mourns the loss of James Michael Tyler, a beloved actor and integral part of our FRIENDS family. Our thoughts are with his family, friends, colleagues and fans.”

Warner Bros. Television mourns the loss of James Michael Tyler, a beloved actor and integral part of our FRIENDS family. Our thoughts are with his family, friends, colleagues and fans. ❤️☕️ pic.twitter.com/9coGnT5BHz

Tyler’s Friends co-stars also took to social media to pay tribute to him.

“James, thank you for playing such a wonderful, unforgettable role in Friends and for being such a big hearted gentleman and all around mensch off screen. You will be missed, buddy.”

“James Michael Tyler, we will miss you. Thank you for being there for us all,” said Lisa Kudrow, who played Phoebe Buffay.

Matt LeBlanc, who played Joey Tribbiani, said, “We had a lot of laughs buddy. You will be missed. RIP my friend.”

“The size of gratitude you brought into the room and showed every day on set is the size of the gratitude I hold for having known you. Rest In peace James,” wrote Courteney Cox, who played Monica Geller.

“Friends would not have been the same without you. Thank you for the laughter you brought to the show and to all of our lives. You will be so missed.”

Aniston shared her tribute alongside a video of one of her and Tyler’s scenes.

Tyler is survived by his wife, Jennifer Carno. Our hearts go out to her and Tyler’s many loved ones during this sad time.

May Tyler rest in peace…