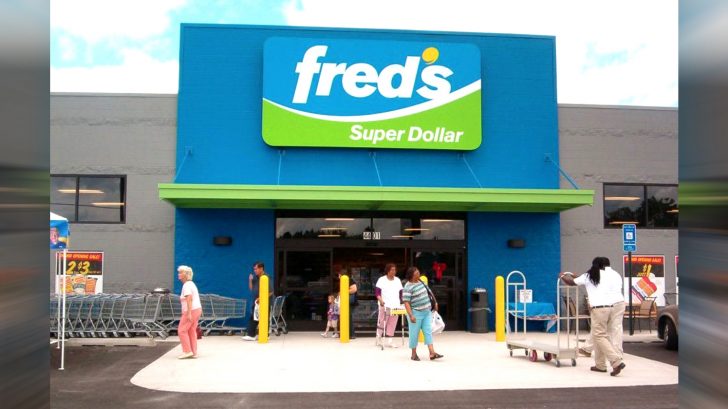 One of Tennessee’s oldest and most-loved discount stores has filed for bankruptcy and will be closing all of their stores.

Memphis-based Fred’s Inc. announced today, September 9th, 2019 that it has filed for Chapter 11 bankruptcy and is starting liquidation sales at each of its retail locations.

According to the company’s website – it currently has 187 stores across 15 states in the southeastern United States. In February of this year – it had 568 stores. Then they experienced multiple waves of closures and now it’s being reported that they only have 80 locations left.

The company has struggled in recent years to compete with both online retailers and fellow discount retailers like Dollar General, Family Dollar, and Dollar Tree.

Just as recently as 2017, Fred’s was scheduled to acquire nearly 900 stores as part of a merger deal between Rite Aid and Walgreens. Fred’s would also sell a big chunk of its pharmacy business to Walgreens. But, in a move to satisfy anti-trust concerns, Walgreens withdrew their bid and chose to buy only half of Rite-Aid stores. Fred’s received $25 million as compensation for the deal collapsing.

Even with that $25 million payment, Fred’s still wasn’t able to stay afloat and at the beginning of 2019 started to close a vast majority of its stores by more than 85%.

“Despite our team’s best efforts, we were not able to avoid this outcome,” Fred’s CEO Joe Anto said in a statement. “I want to thank all of our employees for their hard work and continued support of the Company as we wind down our operations.”

This year – more than 7,000 individual retail stores are scheduled to close across the United States.

Watch this news report about Fred’s broken-down merger talks with Walgreens below.