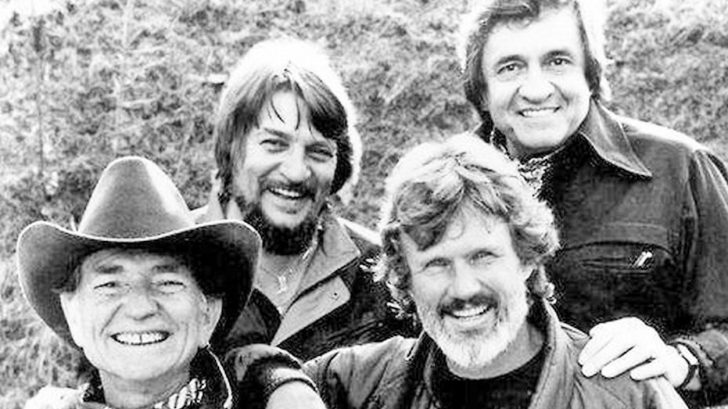 Posted by The Highwaymen on Wednesday, January 15, 2014

The group decided to do a project together while working on a television special together in Switzerland. The Highwaymen were active from 1985 to 1995 and recorded three major studio albums: Highwayman, Highwayman 2, and The Road Goes On Forever.

Their first album Highwayman was certified Platinum and its lead single, “Highwayman,” hit No.1 and won a Grammy for “Best Country Song” in 1986. The song was introduced to Johnny Cash by Marty Stuart who felt the song was perfect to them because it embodied “four verses,” “four souls,” and their were “four of them.”

Posted by The Highwaymen on Wednesday, January 15, 2014

The country quartet each took turns singing a different verse of the song: first Nelson, second Kristofferson, then Jennings, and Cash to close the song out.

The men chose to record the song because they felt the lyrics related to their life because they were always constantly on the road and felt they were “the outlaws” of country music.

You can watch the music video for the supergroup’s epic debut single in the video below!