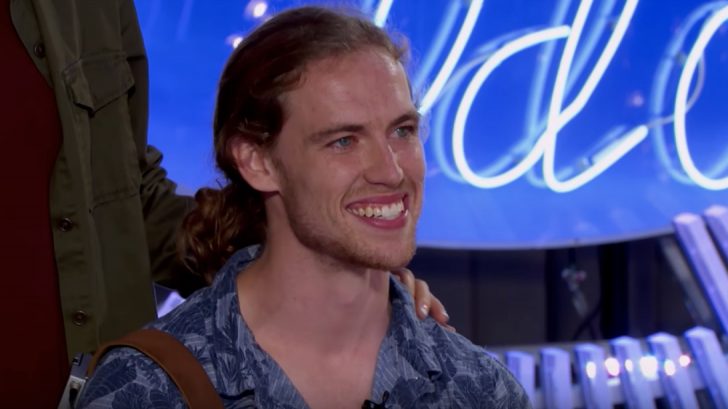 David Francisco stole the show during a March 12, 2018 American Idol audition. The Knoxville, Tennessee, native shared his incredible voice and inspirational story with America and left us all in tears.

Getting nostalgic over here, seeing all the @americanidol posts about the upcoming season reminds me of my experience on…

Almost two years ago, Francisco was riding his bike when he was hit by a car that ran a red light. He suffered a spinal cord injury that left him paralyzed and doctors told him that he would probably never walk again.

“When they told me I was paralyzed from the waist down, I thought everything was over. Music’s over. Relationships are over. I cried every single day for months,” David said. Eventually, David regained some movement in his legs and faithfully worked to regain the ability to walk. During his recovery, he reconnected with the woman who would become his wife.

“During my recovery, I received a letter from a friend. We reconnected through the accident. I was amazed that she didn’t seem to be fazed by the fact that I was in a wheelchair,” David said. “Being on American Idol is huge because this is the next step trying to reincorporate myself into real life. And then maybe someday I can support myself with music.”

David was accompanied to his Idol audition by his then-fiancee Kristi. She stood to the side as David played his guitar and sang Stevie Wonder’s “Isn’t She Lovely.” Kristi’s eyes never left David as he sang, something that Katy Perry noticed and couldn’t hold back her tears.

“I’m just watching her and how in love she is. I’m just losing it,” Perry explained.

We were all crying right along with Katy Perry during David’s audition. Grab some Kleenex and watch the audition below.