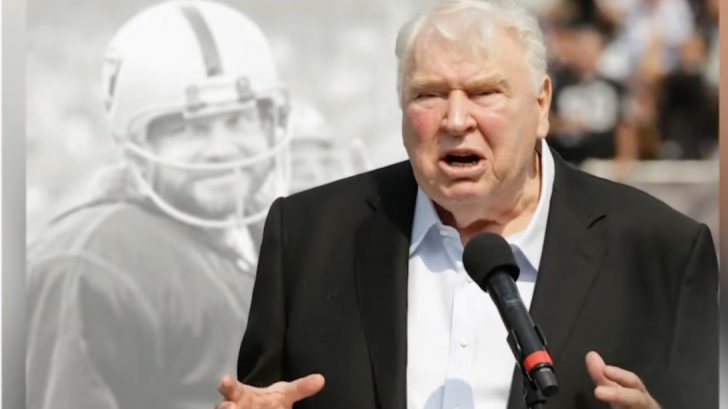 The NFL is saddened to share the passing of the legendary John Madden. He was 85. pic.twitter.com/MxLFYLfY8k

“On behalf of the entire NFL family, we extend our condolences to Virginia, Mike, Joe and their families,” said NFL Commissioner Roger Goodell. “We all know him as the Hall of Fame coach of the Oakland Raiders and broadcaster who worked for every major network, but more than anything, he was a devoted husband, father and grandfather. Nobody loved football more than Coach. He was football. He was an incredible sounding board to me and so many others. There will never be another John Madden, and we will forever be indebted to him for all he did to make football and the NFL what it is today.”

John Madden was one of the most iconic figures in NFL history, but his was a story that could have looked very different if it hadn’t been for an injury that kept him out of the NFL after his own successful college football career. After being drafted by the Philadelphia Eagles in 1958, Madden suffered a knee injury in training camp that kept him from ever achieving his goal of playing in the National Football League.

Instead, Madden got a teaching degree and meshed his love of football with teaching. The result made him one of the most successful and beloved coaches in the NFL. In 1969, Madden was named head coach of the Oakland Raiders at the age of 32, making him professional football’s youngest coach to that time.

John Madden led the Raiders to a Super Bowl victory, and after ten full seasons as their coach, retired at the age of 42. Madden never had a losing season during his professional coaching career and became the youngest coach to reach 100 career regular-season victories. He still boasts the title of coach with the most wins in Raiders history.

Following his retirement from coaching, John Madden became a sportscaster, first with CBS Sports, then Fox Sports, followed by ABC Sports and NBC Sports. He was inducted into the Pro Football Hall of Fame in 2006 and announced his retirement from broadcasting three years later.

Madden is survived by his wife Virginia, whom he married in December 1959; sons Mike and Joe; and five grandchildren.

Today we lost a legend.

Take a look back at Hall of Fame coach and broadcaster John Madden’s iconic career. pic.twitter.com/P6MmCHsWnO