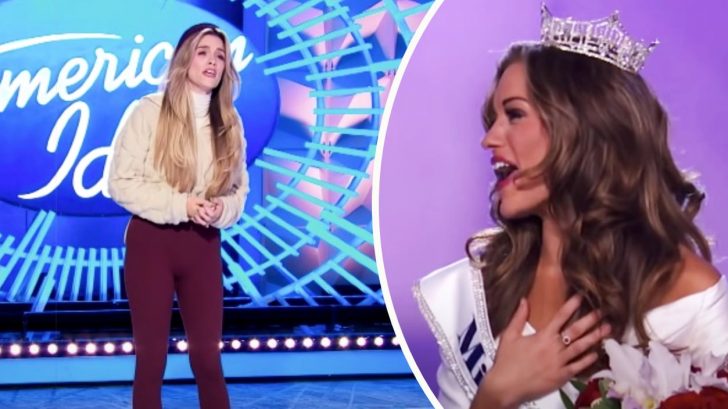 The American Idol judges never know what to expect during auditions. Sometimes they come face-to-face with a past contestant who’s come back for a second try at success. Other times singers will bring in their little siblings who are far too young to technically audition, but win the judges over anyway.

The surprises kept coming during the current season of Idol. Judges Luke Bryan, Katy Perry, and Lionel Richie were stunned to see a former Miss America walk into their audition room.

Betty Cantrell (now Maxwell) won the Miss Georgia pageant in 2015. By securing the Miss Georgia title, she moved on to compete in the Miss America pageant. When it came time for the talent portion of the competition, she sang “Tu? tu? Piccolo iddio!” from the opera Madama Butterfly. She was later crowned the winner of the pageant.

Maxwell is only the second Miss Georgia to ever be named Miss America.

Maxwell moved to Nashville to pursue a career in country music after winning the Miss America pageant. It was obvious she was a country music fan, since she served as a presenter at the CMA and ACM Awards as Miss America.

Maxwell also got married in Nashville in 2017. Her husband is Spencer “Spinny” Maxwell.

The former Miss America previously proved her vocal talent with her opera performance during the pageant. But was she able to prove herself to the Idol judges?

Maxwell started off by singing “A Moment Like This” by former Idol winner Kelly Clarkson. The judges seemed impressed, but Perry wanted to hear Maxwell sing something country.

So Maxwell turned to a song by another Idol winner, Carrie Underwood. She performed a small piece of “Jesus, Take the Wheel.”

Bryan was blown away. “You don’t sing like a pageant girl, you sing like a real singer,” he said.

But the judges did admit there was “a lot to work with.” Maxwell said she was more than willing to sing any genre and put in any amount of work in order to prove herself.

In the end, the judges all agreed that Maxwell was deserving of a golden ticket. They all voted to send her on to Hollywood!

You can watch Maxwell’s audition and learn more about her life story by tuning in to the video below.