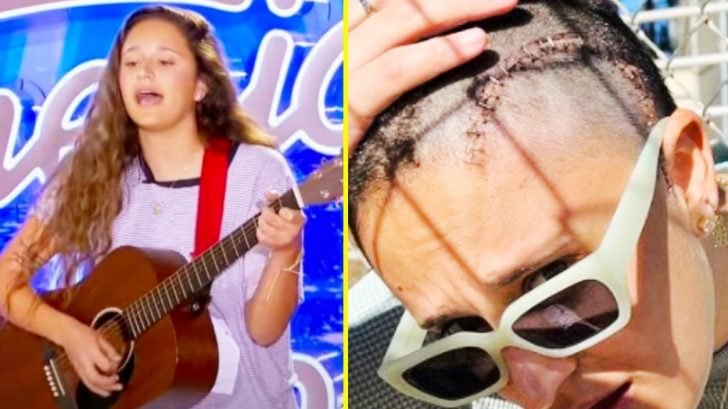 In 2016, the final season of American Idol aired on Fox. Countless singers auditioned and one of those promising singers was Avalon Young, who auditioned with an acoustic rendition of Beyonce’s “XO.”

The judges, Jennifer Lopez, Keith Urban, and Harry Connick Jr., all loved her and advanced her to the next round. She sailed through the next few rounds of competition and made it as far as the Top 8!

Although she didn’t win the competition, Trent Harmon did, she has been making music the last few years and has maintained a loyal fanbase.

Now, at the age of 26, Avalon has announced that she is in the fight of her life as she was diagnosed with brain cancer. She began going to the doctors in November 2020 for “small partial seizures,” but was told by doctors they were caused by anxiety.

Avalon wasn’t getting better after being prescribed medication and taking “pounds” of vitamins, as recommended, so they did more blood work, an EEG, and a QEEG, which showed “no signs of any problem in my brain.”

Next, she got an MRI, which showed a “mass legion tumor on [her] left frontal lobe. They said it was as big as the size of a peach and I would need immediate care.”

Avalon explained all this in a February 23rd Instagram post, which included her scan. Swipe through to see it.

She went in for a 16-hour operation and shared a photo of her scar afterwards.

Avalon thought that after the surgery, life would go back to normal, but on April 3rd, she wrote, “Got some of the worst news ever after thinking i was fully recovering after this tumor surgery.”

“I’ve got cancer in my brain and i gotta boss up and take care of it. A second surgery, and then chemotherapy and radiation,” she continued. “I felt like it was only fair to let you guys know because you’ve supported me up until this point. Unreal to receive this news at the age of 26. everything is gonna be okay, the journey is gonna be wild, but i’m ready for it.”

According to a GoFundMe, Avalon’s next surgery is set for May 27th.

Despite her diagnosis, Avalon is continuing to release music, whether it be short clips on her Instagram or music she has already recorded. On April 30th, she is releasing a single titled “She Don’t,” off her upcoming project.