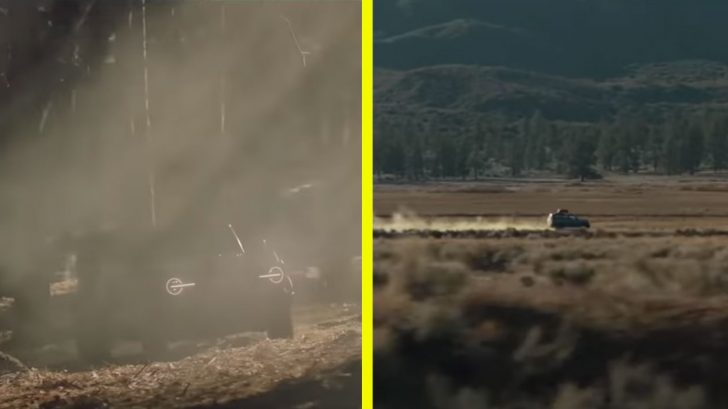 With the premiere of the new Bronco just one week away, Ford decided to drop another teaser video on July, 6, 2020.

The wild is calling, and we're answering. Reserve yours 7.13.20. #FordBronco pic.twitter.com/2LEDH5FNtr

Many companies that sell aftermarket off-road parts have come out with renderings of what the Bronco will look like but Ford has kept the project pretty well under wraps.

Based off of the limited information that Ford has released, we know the reincarnated version will have a boxy shape with retro styling. It will be available with either two or four removable doors and a removable roof. As far as engine options, the buyer can choose between a turbocharged 2.3-liter four-cylinder from the current Ford Ranger or a twin-turbo 2.7-liter V-6 that’s available on the Ford F-150. Additionally, the Bronco could get a seven-speed manual transmission with a “crawler” gear for tough terrain. Ford has confirmed that the Bronco will eventually offer a hybrid powertrain, too.

The Bronco, which will be assembled at Ford’s Michigan Assembly Plant in Wayne, will go on sale next year.

“The all-new Ford Bronco family has been tested under extremely grueling conditions to ensure it was tough and capable enough to wear the iconic Bronco nameplate. That’s why we can proudly say the legend has returned – and it’s ready for fun.”

To see the teaser, watch the video below.