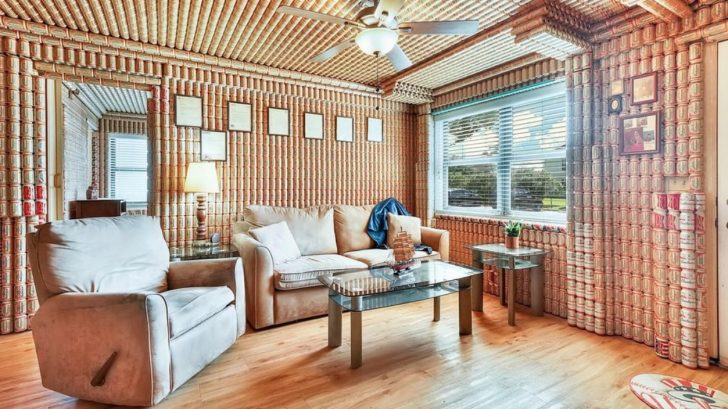 In Lake Worth, Florida, there lies a home so perfect for a Budwiser beer lover that on August 19th, 2020 Budweiser found and shared pictures of the home on Facebook.

“Entering the spacious 2BR/2BA corner-unit condo, you immediately reminisce of long road trips and the inevitable belting out of the beloved song, ”99 Bottles of Beer on the Wall!” Kearney & Associates Realty wrote on Realtor.

The home’s exterior walls and ceilings are completely covered in Budweiser beer cans. Apparently, the guy who previously lived there was one of Budweiser’s biggest fans and decorated the place with thousands of cans to show his love for the beer.

The home was originally put on the market for $110,000 in August but has since been lowered to $100,000 in September. Kearney said that after the photos went viral on social media, her inbox became flooded with offers on the property.

It’s very impressive to look at. The guy obviously spent an insane amount of time creating it. You can visit Realtor to get all the property details and view more pictures.