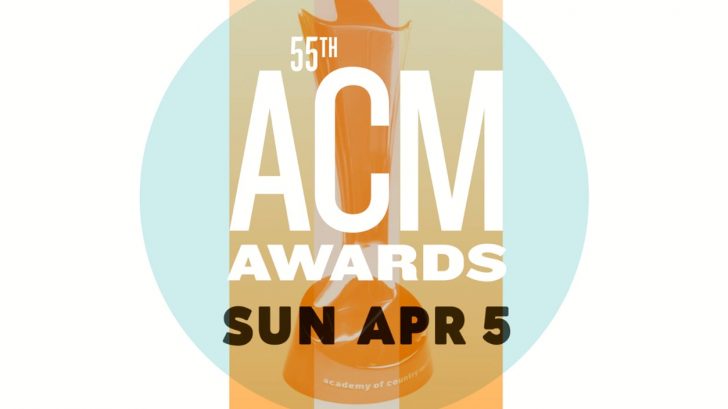 The 2020 ACM Awards may not be until April, but the nomination process has already begun.

ACM members are in the first round of the nomination process, which lasts until January 27. During this phase, the members name one act they’d like to see nominated in each of the categories.

This year, the members will have one less category to vote on, since the ACM has decided to eliminate one of them. Reason being? Because there are no eligible acts.

The category we’re talking about is the New Duo or Group of the Year Award. Last year’s winner, LANCO, received news they won the award prior to the ceremony.

Over the weekend, @carrieunderwood delivered the very happy news to @lukecombs, @ashleymcbryde, and @lancomusic that they are the New Artist winners!? Catch their performances on the #ACMawards Sunday, April 7 at 8/7c LIVE on @cbstv.

Now, there will at least be one year between LANCO’s big win and whoever wins in the New Duo or Group of the Year category in the future.

Now, for the first time in five years, the category will be missing from the ACM Awards yet again.

The moment we've been waiting on ALL week is here! Tickets for the 55th #ACMawards and #ACMparty For a Cause are on sale now. Get yours today, and join us in Vegas April 4 & 5, 2020 for Country Music's Party of the Year! ? https://t.co/yQjQKHVTIW pic.twitter.com/qnRTVJqsRI

So why aren’t any artists eligible to be nominated for New Duo of Group of the Year in 2020?

According to the ACM’s eligibility guidelines, the award is given to “…[a] group or duo who gains initial fame or significantly greater recognition during the promotion of a debut or sophomore album within the eligibility period.” That means if a group or duo has released a third album, they’re automatically ineligible for nomination.

In addition, a group or duo must have a single that has reached the Top 40 on either the Billboard Hot Country Songs chart or the Country Aircheck charts. On top of that, “…any artist who has gained initial fame as a solo artist or as part of a duo or group in another genre is not eligible in these categories.”

And one more thing…”Any artist who has previously won the award for Entertainer, Female Artist, Male Artist, Duo or Group of the Year (or any respective previously named category) is ineligible for a New Artist nomination.”

These requirements are why the Highwomen, for example, are not eligible for nomination.

The group, which consists of Maren Morris, Brandi Carlile, Natalie Hemby, and Amanda Shires, just released their debut record in 2019, but does not have a Top 40 single. Also, Morris and Carlile’s previous success as solo artists would likely keep the group from being nominated anyway.

We are #TheHighwomen. We hope these stories find you when you need them most. Our debut album is out now.

Even though there will be one less award at this year’s ACM Awards, we’re still looking forward to the ceremony. It is set to take place on April 5 in Las Vegas, Nevada.

No host has been named yet, but Reba McEntire previously led the ceremony in 2019 and 2018. Only time will tell if she’ll return for the 2020 show!