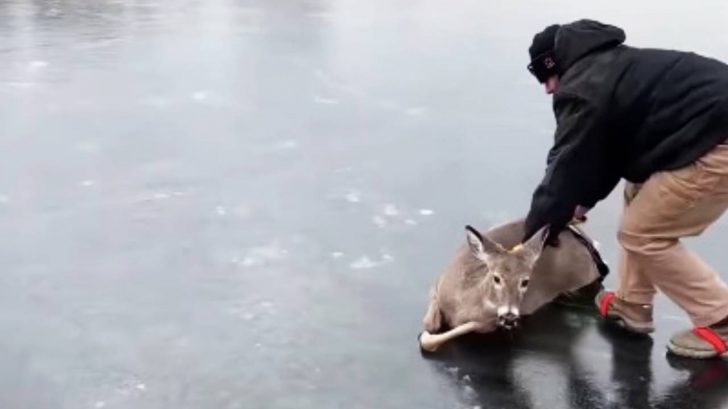 A Wisconsin man named Gil Lencour is being hailed a hero after his actions on December 22, 2020 saved the life of a precious animal.

He was on his way home for lunch in his hometown of Cranmoor, Wisconsin when he saw a deer struggling on a frozen reservoir. He rushed home to grab some equipment to help the animal including a leash. He also called his buddy to give him a hand while he figured out how to lead the deer to safety.

At first, he tried an idea with the leash, but quickly realized that wouldn’t work. Instead, he decided to push the deer, who was laying down, on the ice. The buddy Lencour brought to help him pulled out his phone to film and posted it on social media.

When Lencour got close to the edge of the lake, you can see the deer try to stand and walk, but struggle. This is probably what he saw when he was driving by!

He gave the deer one more little push before she was safely on land and began to run away. Watch the video below.