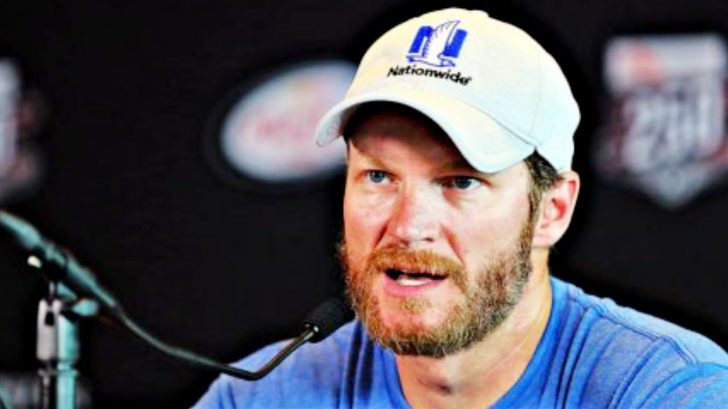 On August 15, Dale Earnhardt Jr. and his family were involved in a plane crash at the Elizabethton Municipal Airport in Tennessee. The crash occurred when the Earnhardts’ private plane rolled off the end of the runway after landing and caught fire.

Thankfully, Dale Jr., his wife, Amy, their one-year-old daughter, Isla, their dog, Gus, and the two pilots all made it off of the plane.

No one was seriously injured in the crash, though ESPN did report that Dale Jr. was briefly hospitalized.

Dale Jr., who now works as an analyst for NASCAR after retiring from full-time racing, took the weekend off following the crash and did not attend the race at the Bristol Motor Speedway as planned. He used that weekend to spend time with his family, and finally released his first statement on the crash on Monday (August 19).

“We are truly blessed that all on board escaped with no serious injuries, including our daughter, our two pilots and our dog Gus,” read Dale Jr.’s statement in part.

But even though no one was seriously injured, Dale did suffer an injury as a result of the crash. He discussed the severity of that injury for the first time on Wednesday (August 21).

When asked by a fan if he still plans to race at the Xfinity Series race at Darlington Raceway next week, Dale Jr. said that he hopes to. But, he said he ideally would like to be feeling better before then.

That’s when Dale Jr. revealed that his “lower back is bruised up real bad” as a result of the crash. “Lots of swelling and I just need that to go down and the pain to chill out.”

Yes. I plan on driving still. My lower back is bruised up real bad. Lots of swelling and I just need that to go down and the pain to chill out. I been treating the area every day solely to get well to race. I have a plan B but hope not to use it. https://t.co/O1J7jZU4kR

Dale Jr. said he has been treating his back every day in the hopes he’ll be feeling well enough to race next week. But if he’s not in a position to race, Dale Jr. said he does “have a plan B.”

We’ll be praying that Dale Jr.’s back heals quickly and completely. We hope he’ll be able to race next weekend as planned!